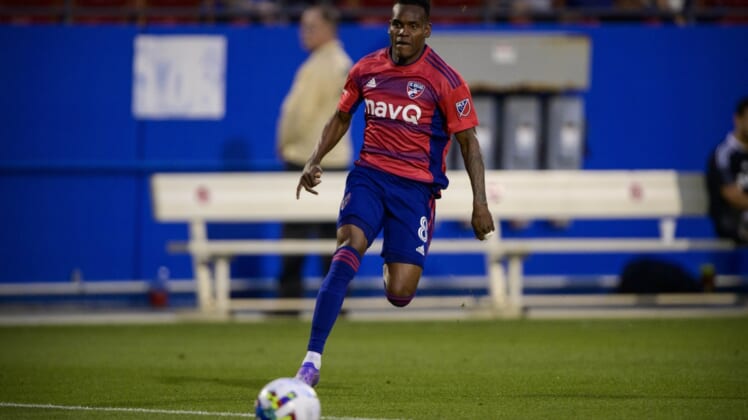 Something has to give between FC Dallas and the Houston Dynamo when the teams play the first rendition of the Texas Derby on Saturday in Frisco.

Dallas (3-1-3, 12 points) and Houston (3-1-3, 12 points) come into play riding five-match unbeaten streaks. It is the longest such run for Dallas since October 2018, and the most consecutive games without a loss for Houston since September 2020.

The two teams extended those streaks with scoreless draws against the New York Red Bulls and Portland Timbers, respectively, last Saturday in their most recent league matches.

Each squad has three wins and two draws over their streaks and have scored 10 goals in their seven matches. The all-time Texas Derby series also is perfectly balanced at 13 wins for each team and 16 ties.

So, what is there to separate Dallas and Houston?

Perhaps it will be the home field. Dallas has not lost in 11 straight home matches against Houston dating back to 2013 (seven wins, four draws), tied for its second-longest regular-season home unbeaten run against a single team.

“A derby is always a good chance to bring the fans that emotional side,” Dallas first-year manager Nico Estevez said. “For us, it doesn’t matter where we are in the table. It’s a derby and we take that as a special game, and we’ll try to bring our supporters the win.”

The home side has either won or tied in the past 15 meetings between two teams, with Dallas the last to win on the road in 2016.

The Dynamo also found a way to forge the draw with Portland by using their defense. They played the final 15-plus minutes with just 10 men after center back Teenage Hadebe was assessed a red card.

Houston has been anchored by goalkeeper Steve Clark, who was signed in the offseason after leading Portland to the MLS Cup championship game last year.

“We’re becoming a real good defensive team,” Clark said. “You can see the growth in what we’re trying to do. We’re getting some good defensive performances.”