“They both look in great shape. They both have been here the whole time through phases one, two and three,” McCarthy said after watching the linemen work out on Tuesday. “They’re where they need to be.”

“There’s a level of caution also with them here this week and the next two weeks,” McCarthy said. “We’ll see them in the full-go manner come training camp. But they both look great.” 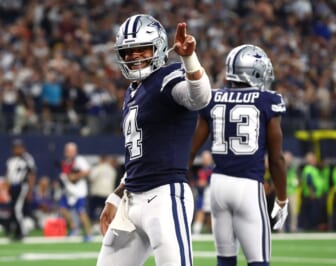 Smith has started all 133 of his games with the Cowboys.

Without them, the Cowboys went 6-10 last season and their constantly rotating offensive line surrendered 44 sacks.