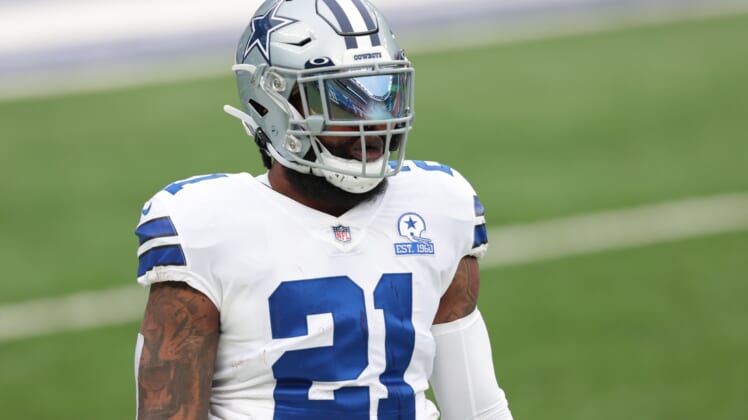 Dallas Cowboys running back Ezekiel Elliott has been named in a lawsuit that claims one of his dogs attacked a pet resort worker in March, according to TMZ.

In the suit, Brandon Williams claims he was taking Elliott’s Rottweiler and two bulldogs out to relieve themselves when the Rottweiler attacked his arm and pulled him to the ground. Williams said he was “seriously injured” and needed stitches.

The lawsuit, which also names Bliss Pet Resort, is seeking between $250,000 and $1 million.

“Mr. Elliott and his representatives were very surprised to learn of Mr. Williams’ complaint, particularly given that Bliss Pet Spa indicated at the time of the incident that this was not uncommon and was being handled under standard spa protocol,” Frank Salzano, an attorney for Elliott, said in a statement to TMZ.

Elliott, 25, was named in a separate lawsuit last year after his three dogs allegedly attacked a pool cleaner in March.

In May, Elliott was cited for three citations for animal-at-large after the three dogs were reported loose in his neighborhood and the Rottweiler bit two people.

A three-time Pro Bowl selection, Elliott led the NFL in rushing yardage as a rookie in 2016 and again in 2018. Last season, he finished with 979 yards and six touchdowns on 244 carries, and he added 52 catches for 338 yards and two scores. 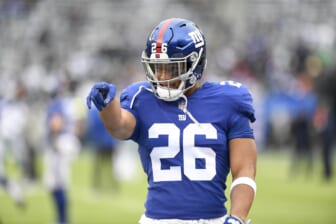