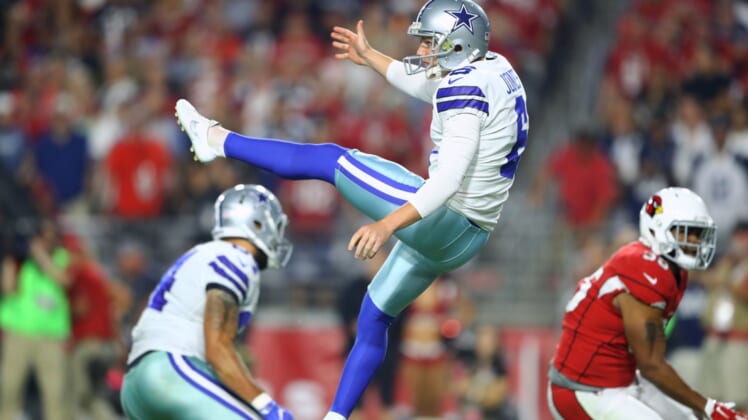 The Dallas Cowboys released punter Chris Jones after 10 seasons with the team.

Jones had one year left on the four-year, $8.7 million extension he signed in 2017. The move saves the Cowboys $2 million in cap space.

Read More: 4 reasons why the Dallas Cowboys must sign Keanu Neal this offseason

Jones, 31, was on injured reserve for the final eight games of 2020 after abdominal surgery.

The veteran’s release leaves 2020 newcomer Hunter Niswander as the only punter on the Dallas roster. He averaged 47.2 yards per punt in eight games after replacing Jones.