The Dallas Cowboys added secondary depth on Tuesday by signing safety Malik Hooker to a contract.

Terms of the deal were not disclosed for Hooker, who worked out on the field Tuesday at Oxnard, Calif.

Hooker, 25, sustained a season-ending Achilles injury late in the second quarter of the Indianapolis Colts’ 28-11 win over the Minnesota Vikings on Sept. 20. 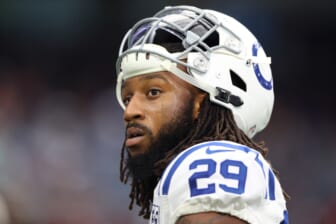 The Colts selected Hooker, an Ohio State product, with the No. 15 overall pick of the 2017 NFL Draft. He also sustained a season-ending injury in his rookie season when he tore an ACL in Week 7.