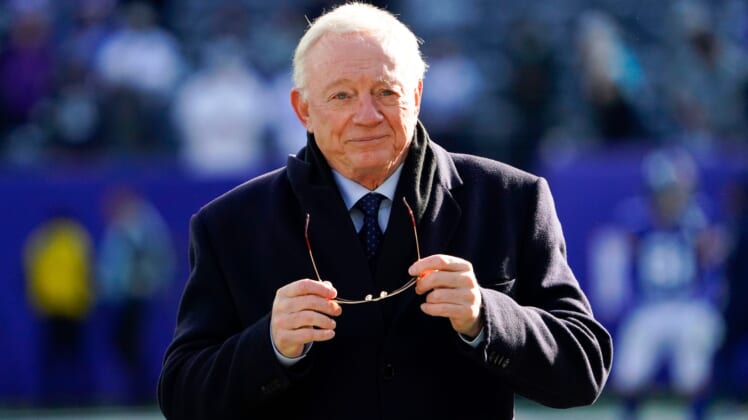 Specific details on who was driving the car at the time of the accident were not provided. However, the accident reportedly happened just before 8:10 p.m. local time near Wolf and Harry Hines Boulevard. It was serious enough of a collision that emergency crews responded to the scene.

Jones suffered minor injuries, per NFL.com, and it was determined that he should be taken to an area hospital. The Dallas Police Department told NFL.com it won’t provide names of the persons involved in a vehicle crash when there is not a fatality.

A spokesman for the Cowboys confirmed the crash and said Jones was only hospitalized out of caution. The 79-year-old is expected to make a full recovery.