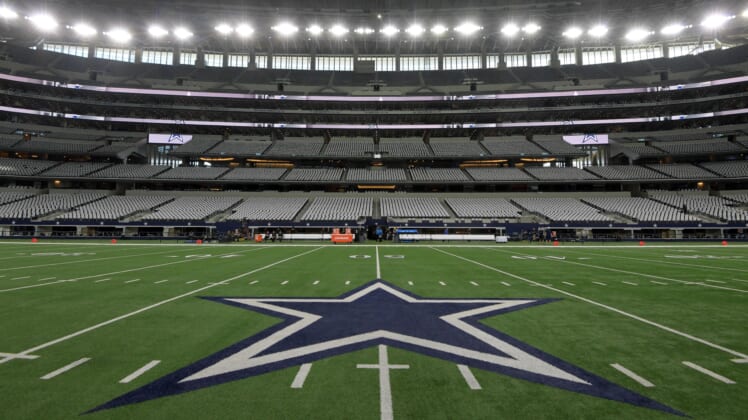 It was a week ago on Tuesday that the Dallas Cowboys home state of Texas was ground zero for one of the worst mass shootings in United State history.

A gunman entered Robb Elementary School in Uvalde, Texas, and opened fire. In the end, 19 elementary-aged children and two teachers were killed in an unspeakable act of violence that left a nation mourning.

As one of the leaders within the Texas community, the Cowboys are now taking action. They have teamed up with the NFL Foundation to provide assistance in the form of $400,000 to those most impacted by the mass shooting. A total of $200,000 will go to the Robb School Memorial Fund with another $200,000 to the Uvalde Strong Fund.

The Cowboys have in the past helped provide assistance after mass shootings. Prior to the tragedy in Uvalde, the Cowboys donated $50,000 to the victims of the El Paso terrorist attack back in August of 2019.

For a lot of those within the Dallas Cowboys’ organization, this tragedy hit home big time. Not only did it happen about 355 miles from the team’s facility, players were struck by the magnitude of children being gunned down in what is supposed to be a safe place. Star quarterback Dak Prescott touched on it immediately after last Tuesday’s cowardly attack.

“We’re talking about children. I don’t have kids and can’t imagine having to send my kid to school with that anxiety. Honestly, it makes me fearful to have children. And that’s not right. That’s sad.”

As with everyone, our continued thoughts go out to those impacted most by the tragedy. With funerals for the children being held over the next couple weeks, the Uvalde community is going to need this continued support.