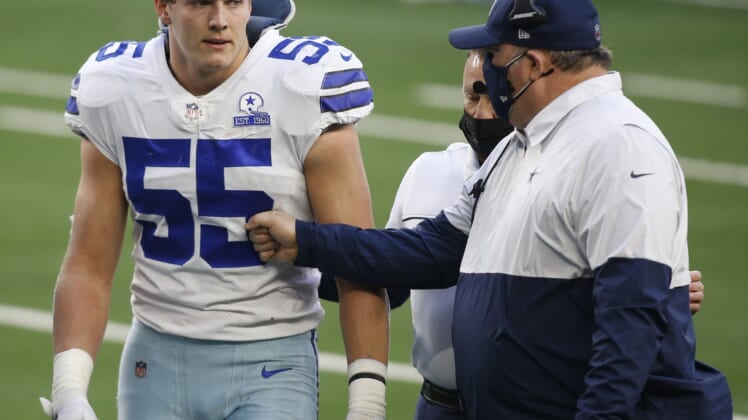 The Dallas Cowboys will not exercise linebacker Leighton Vander Esch’s fifth-year option for 2022, his agent told ESPN on Monday.

Instead of earning a fully guaranteed $9.1 million in 2022, he will become a free agent after the 2021 season.

Agent Ron Slavin said the Cowboys were concerned about Vander Esch’s injury history, as he missed seven games with a neck injury in 2019 and six games with a broken collarbone in 2020.

The Cowboys selected Penn State linebacker Micah Parsons in the first round and added LSU linebacker Jabril Cox in the fourth round of last week’s draft.