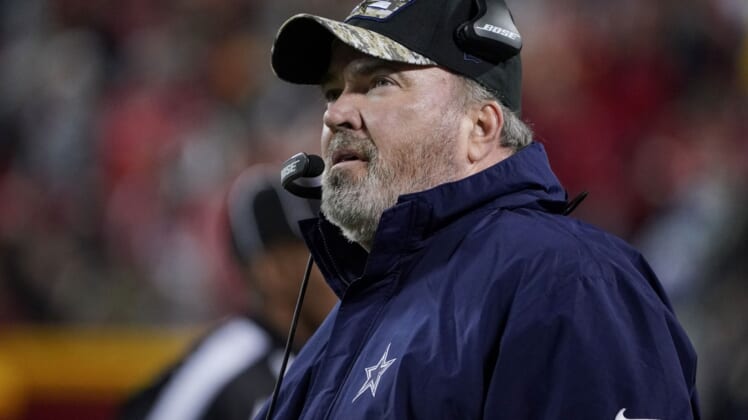 The Dallas Cowboys expect to have coach Mike McCarthy back on the sidelines for Sunday’s game at Washington.

McCarthy has been away from the team since Nov. 29 after testing positive for COVID-19. Defensive coordinator Dan Quinn led the team to a 27-17- win against the New Orleans Saints last Thursday night.

Team chief operating officer Stephen Jones said he expects McCarthy to return to the team practice facility on Thursday. He has been working with the team remotely.

“Certainly, he’s doing all his work and getting the team prepared and we know he’d love to be there, hands on,” Jones said. “But at the same time, he does a great job Zooming in and getting his staff prepared.”

McCarthy, 58, is in his second season as Dallas’ head coach after 13 seasons with the Green Bay Packers.

The Cowboys (8-4) lead the NFC East, but Sunday’s game against the Washington Football Team (6-6) is crucial. Washington has won four in a row and could move just a game behind the Cowboys with a win Sunday. The two teams meet again on Dec. 26 in Dallas.