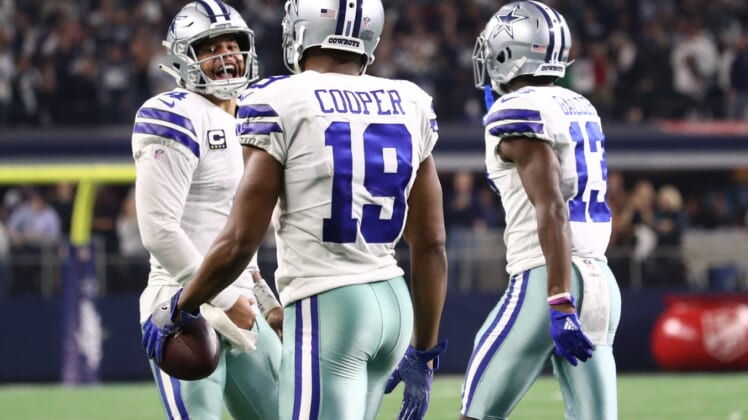 With the changing of the guard from Jason Garrett to Mike McCarthy, could this mean that the Cowboys are Super Bowl contenders in 2020? Today on the NFL Reckless Speculation podcast we’re talking about every Dallas Cowboys game on the schedule for 2020 and giving our predictions.

Jess Haynie from InsideTheStar.com joins TC on the podcast to wax philosophical on the Cowboys season in 2020. Jess – and you can follow him on the Twitter right here – isn’t as optimistic as TC is when it comes to how many games Dallas will win, yet he’s got them making the playoffs.

Dallas Cowboys are a contender for Super Bowl 2021

The Cowboys season starts in Los Angeles against the Rams and both Jess and TC believe that’s going to be a loss on the schedule. However, fear not Cowboys Nation as the team will go on a roll after that including TC’s prediction on a blowout win against the Seahawks in Seattle.

The worst game of the season for the Dallas Cowboys seems to be a trap game scheduled for late-October in Washington, D.C. Both guys think that’s definitely a potential loss for the Dak Prescott led Cowboys.

The game-by-game predictions continue on with the guys once agreeing that the Ravens game in Baltimore will test the mettle of the defense which no longer includes Pro Bowl cornerback Byron Jones.

In the end, there’s a prediction for every game on the schedule including a potential Super Bowl preview in Week 9 against Mike Tomlin’s Pittsburgh Steelers. It’s going to be a good year in Dallas for the Cowboys and their fans. It’s been 25 years since an NFC Championship appearance and that may end this year.