Dak Prescott’s dog bit one of his neighbors in Frisco, Texas 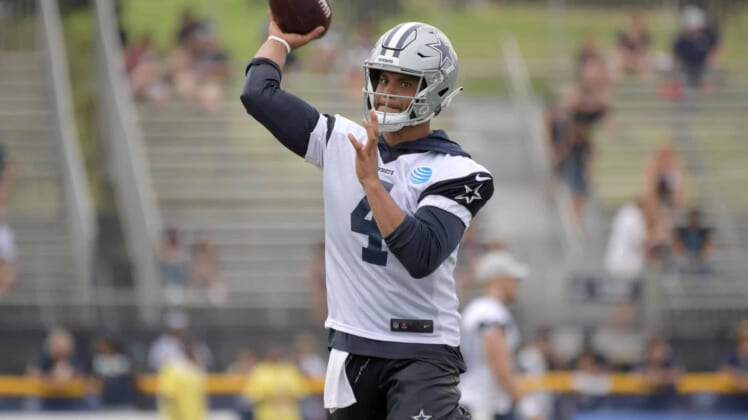 The Frisco Police Department released a statement Monday regarding a loose dog that had bitten a resident. That dog belongs to Dak Prescott, who is subject to a fine of up to $500 over the incident.

According to the police report, officers responded after a resident called in a loose dog in their front yard that was fighting with their dog through the fence. After said resident attempted to intervene and separate the two dogs, Prescott’s dog bit the resident, who was transported to a local hospital for non-life-threatening injuries.

Prescott’s dog was transported to a local shelter where it will remain in quarantine for 10 days. There was another loose dog that was returned to Prescott’s home and accepted by a representative of the Dallas Cowboys quarterback.

Prescott was not home at the time of this incident. The offense “Dog at Large” is a class C misdemeanor.