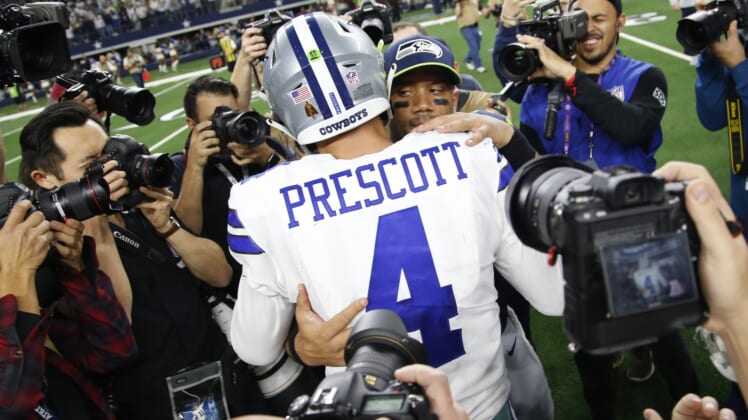 The Dallas Cowboys are only going to go as far as Dak Prescott takes them, both in 2019 and looking ahead to the foreseeable future.

The big picture: Entering his his fourth NFL season, Prescott has all the tools at his disposal to take the next step. Now it’s time for him to put up, or shut up.

Great expectations: The Cowboys have put all their faith in Prescott, and now it’s time for him to deliver.

What Prescott does well: Completing a high percentage of passes and minimizing interceptions are important. Prescott has been successful in both areas.

His 2018 season did show Prescott has potential to continue getting better. He meshed well with Cooper and at times had nice chemistry with rookie Michael Gallup.

There’s plenty more work to do, however.

What Prescott struggles with: Turnovers, pocket awareness, and throwing outside the numbers, are issues Prescott has to overcome.

The bottom line: Given what Dallas intends to invest into Prescott, he needs to take some significant steps in a positive direction. So far in his career, he’s been the second fiddle to Ezekiel Elliott, whom the offense revolves around.

Until Prescott is actually the lead dog on this offense, he’ll remain a second-tier passer and not worthy of being considered a legitimate franchise quarterback.