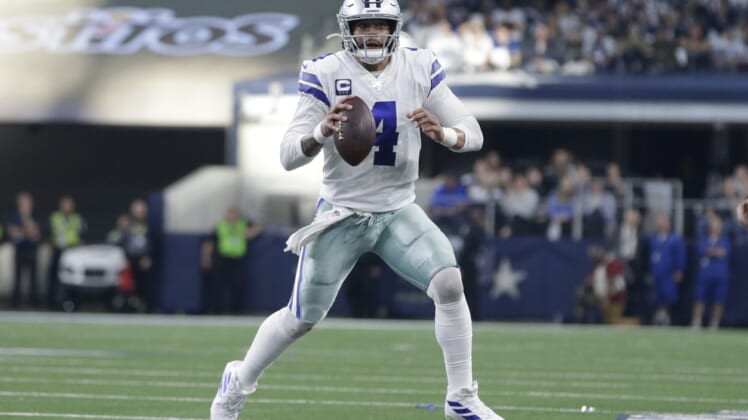 This move was made with the 2020 offseason clearly on Prescott’s mind. A former mid-round pick from Mississippi State, he was coming off a dazzling first two years in the NFL and was already looking for that big pay day.

The big picture: Now that Prescott is about a month away from becoming a first-time free agent, his relationship with France adds another layer to what has been a drawn-out negotiating process.

We’ve seen this a lot in the past. Top-end impending free agents switching representation.

In going with a respected agent in France, who is known for being a tough negotiator, Prescott made it clear to the Cowboys that he’s going to play hard ball. The foundation was laid before. The writing is now on the wall.

Prescott and Cowboys remain at an impasse: This has been one of the craziest extension negotiations in recent history.

Things are changing: Since Dallas’ reported offer of $34 million annually, other quarterbacks have reset the market. The dynamics have changed.

As you can see, France is negotiating from a position of power here. The longer Dallas waits on a long-term deal, the more the market increases. Even when we eliminate Wilson from the conversation, the deals Goff and Wentz inked upped the market for Prescott big time.

The agent: Todd France is among the most successful reps in the industry, continuing to reset the market for his clients.

What this history tells us: France and CAA are not going to back down. Prescott has in mind what he wants. Hence, the drawn-out negotiations.

Negotiating from a position of strength: It doesn’t take a genius to realize that France has the upper-hand in talks.

Prescott made the initial power play two years ago when he hired France. Given the negotiations we’e seen from the super-agent in recent years, hard ball will continue to be the name of the game here.

All the while, the Pro Bowl quarterback is now showing outward frustration when it comes to contract talks. Pure conjecture here, but that has to be at the behest of France.

The longer this draws on without a long-term deal in place, the more power Prescott and Co. will have in negotiations. This leads me to believe a deal closer to $40 million than $35 million annually with $120 million in guarantees is in the cards.

Prescott and France have shown their hand. It’s a trio of aces compared to a simple two-pair for the Cowboys. And if they decide to go all in, the numbers are going to be absolutely eye-opening.

Texas hold ’em at its best!