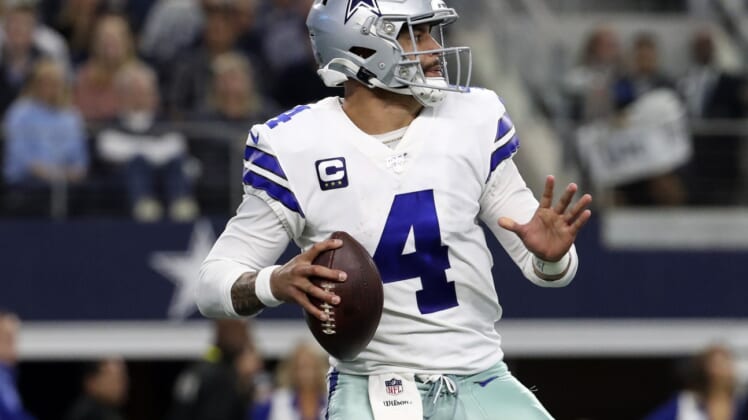 The Dallas Cowboys have made signing Dak Prescott to a new contract their top priority this offseason. After going through negotiations during the season, Prescott is confident both sides can find a contract that works.

In an interview with NFL Network’s Ian Rapoport, the Cowboys’ star quarterback expressed confidence that a deal will get done. As Prescott notes, there are few gigs in sports like being the quarterback in Dallas and he embraces it.

“I’ve got confidence something will get done,” Prescott said, via the RapSheet + Friends podcast. “We’ll just leave it there. Obviously, being the Cowboys quarterback is second to none. There are very few positions in all of sports that are comparable to it. So when you put that in perspective, my mindset is to be in Dallas. And I’ve got the confidence in my team to get something done and the confidence in the Cowboys that we’ll be able to.”

The Cowboys know how important Prescott is to their long-term success. Ezekiel Elliott expressed similar confidence that the team’s leader gets paid this offseason. He isn’t alone as Cowboys CEO Stephen Jones offered similar thoughts.

Prescott is coming off an outstanding season with 30 touchdowns, 4,902 passing yards and a 99.7 quarterback rating. After proving himself as one of the game’s most talented quarterbacks, Prescott could take an even bigger step forward with new head coach Mike McCarthy. Now it’s just on the Cowboys to open up the checkbook and pay their quarterback.