Dallas Cowboys star quarterback Dak Prescott has been nursing a calf injury suffered toward the end of his Week 6 game against the New England Patriots.

The belief all along was that Dak was dealing with a minor calf sprain and with the Cowboys on a bye in Week 7, the extra time to recover would present Prescott with the chance to play during the Sunday Night Football matchup with the 3-3 Minnesota Vikings.

Prescott missed practice Monday, but got a limited session, doing individual drills on Wednesday. On Thursday, the Cowboys' signal-caller went a bit harder, doing more in practice to test the calf.

With the Pro Bowl QB getting a chance to get some work in this week, it had been presumed that Prescott would be able to play on Sunday. Now, Michael Gehlken reports Prescott came away from the practice session feeling sore.

Coach Mike McCarthy also had this to say “It’s more than just one game. We’re obviously in our seventh game, so there is a ton of football left to play”. 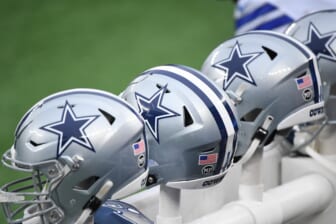 It's not hard to decipher those words, preparing the public for the chance of backup quarterback Cooper Rush making his first career NFL start.

With the Cowboys at 5-1, in first place of the NFC East division, they have some room for error. But this news is obviously not what they want to hear ahead of a primetime matchup with an opponent who will give the inexperienced Rush all he can handle, even without Pro Bowl cornerback Patrick Peterson in the lineup.