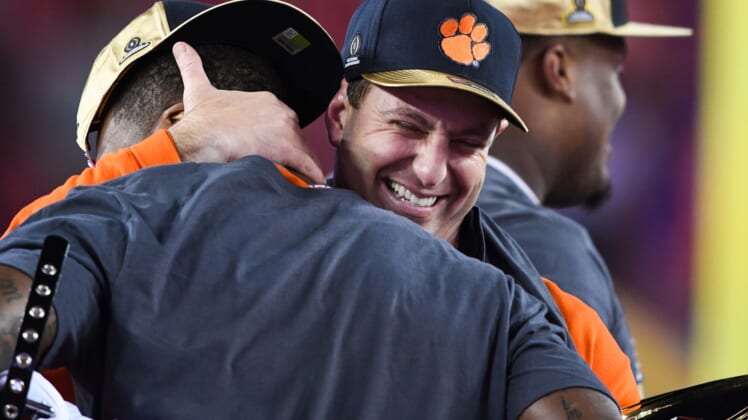 Dabo Swinney has never been one to shy away from praise for his All-American quarterback Deshaun Watson.

He recently said any NFL personnel evaluator should be fired if they have Watson rated as a second-round quarterback. He ramped that up even more this week as the Senior Bowl hits full stride, according to Gary Klein of the LA Times.

Watson, who led the Clemson Tigers to back-to-back national championship appearances winning it all this past season, declared early for the 2017 NFL Draft.

Despite his impressive resume, some anonymous scouts and twitter draft gurus have labeled Watson as a project not deserving of a top pick. Though, it’s worth pointing out that opinion isn’t shared by some top NFL personnel people (more on that here).

Dabo has taken offense to anyone criticizing his former player and consistently goes to bat for the star quarterback every chance he gets. While saying Deshaun is the next Michael Jordan of the NFL is a bit of an embellishment, there is no doubt Watson has everything it takes to become a star at the next level