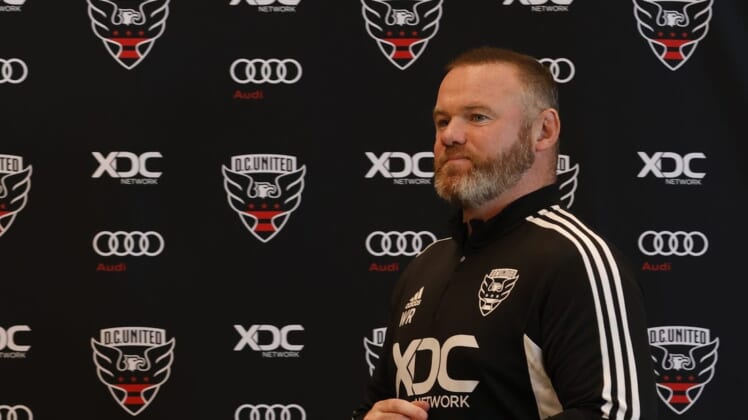 Rooney was hired earlier this month, only days after D.C. United’s jarring 7-0 defeat at the Philadelphia Union under interim manager Chad Ashton.

Rooney, however, had to wait for his work visa. In the interim, D.C. United (5-12-3, 18 points) recorded two losses and a draw under Ashton to sink to the bottom of the Eastern Conference standings.

The former Manchester United and England star previously played with D.C. for parts of the 2018 and 2019 seasons. He then departed to begin his coaching career at Derby County in England’s second division.

And he might have some players available for selection Sunday that Ashton didn’t. D.C. completed a trade with Real Salt Lake this week to acquire goalkeeper David Ochoa, while newly signed midfielder Ravel Morrison also is expected to be available for the first time.

Gioacchini arrives after most recently playing for Montpellier in Ligue 1 in France. He still has an outside shot to be considered for the United States World Cup squad if he can get on a roll in MLS.

“It’s one of those where we’ve got a great player that maybe was not getting the proper attention abroad for whatever reason,” Orlando City general manager Luiz Muzzi said. “Niko is a really exciting young player and he needs to have more chances to show his game. … I think he’ll bring a lot to us and we’re able to bring a lot to him as well.”