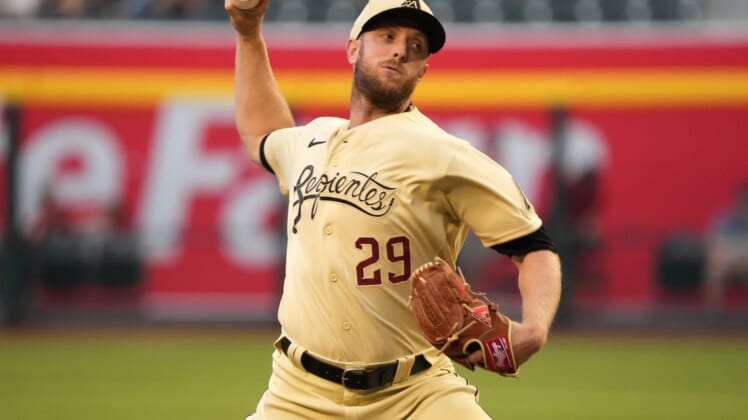 Veteran pitching coach Brent Strom might be the secret weapon for the Arizona Diamondbacks, who will look for a sweep of their three-game series against the Miami Marlins on Wednesday in Phoenix.

Strom, 73, announced his retirement last season after 52 years in the game, including the last eight seasons with the Houston Astros. After being coaxed out of his brief retirement, Strom is a major reason for the Diamondbacks’ surprising start this year.

Merrill Kelly, Zac Gallen and Madison Bumgarner each have sub-2.00 ERAs for the Diamondbacks, who had the worst record in the National League last season.

Strom downplays his impact, but there’s no denying his role in the team’s recent surge.

“I made it very clear to anyone who would listen: I’m not a savior by any means on this thing,” Strom said. “I’m just coming in with some ideas. But it’s a two-way street. They have to talk to me. We get to learn each other. We’re still doing that today. It’s a constant tweaking of little things.”

Arizona, which has won its first five meetings against Miami this season, will turn to Kelly (3-1, 1.22 ERA) for the series finale.

The right-hander continued his impressive beginning with another strong outing on Friday. He allowed one run on seven hits over 8 2/3 innings in a 4-1 victory over the Colorado Rockies.

Kelly, 33, has emerged as Arizona’s ace after yielding a total of five runs in his first six starts covering 37 innings. He is in his fourth season with the Diamondbacks following four seasons in South Korea.

Avisail Garcia has three hits in five at-bats against Kelly, who is 0-2 with a 7.30 ERA in two career starts vs. Miami.

The Marlins have dropped three straight games and nine of their past 10. They could use a strong outing from Sandy Alcantara (2-2, 3.03 ERA) after Jesus Luzardo lasted just 2 2/3 innings on Tuesday in a 9-3 loss.

Alcantara is looking to return to the win column after dropping his past two outings, including a matchup against the Padres on Friday. The right-hander allowed three runs (two earned) on five hits over 4 2/3 innings in the 3-2 loss at San Diego.

Alcantara began the season with four impressive outings, posting a 1.78 ERA over 25 1/3 innings. The 26-year-old is 0-1 with a 3.57 ERA in three career starts against Arizona.

One encouraging note for Miami on Tuesday was Jorge Soler’s two-run homer in the top of the first inning.

Soler is batting .177 in his first season with the Marlins, but he has four homers and 10 RBIs in his past 12 games.

“It’s a battle with desperation,” Soler said of escaping the slump, per the Miami Herald. “You see some pitches that you know you can hit and have hit before. It’s something about trying to control that and then just continue with your routine.”

Arizona second baseman Ketel Marte had his nine-game hitting streak come to an end on Tuesday, but the 28-year-old is clearly heating up after a slow start.

“He’s the best of the best,” Arizona left fielder David Peralta said. “It was just a matter of time for him to lock in and do his stuff.”