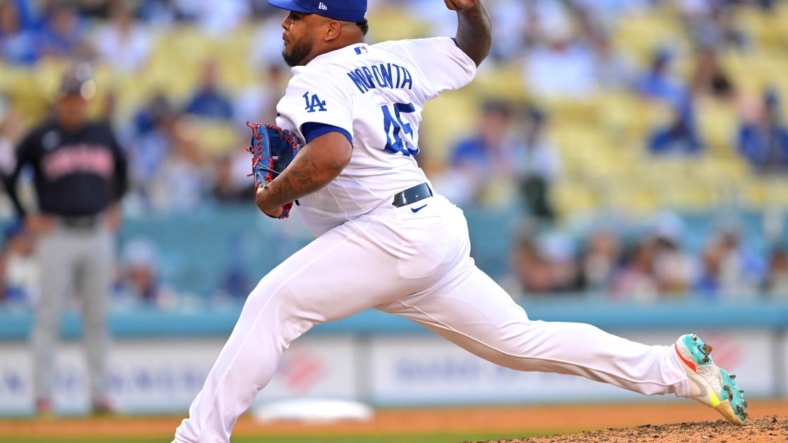 The Arizona Diamondbacks added right-handed reliever Reyes Moronta to the active roster Friday, four days after he was claimed off waivers from the Los Angeles Dodgers.

Moronta will take the roster spot of right-hander Chris Devenski, who was designated for assignment.

Moronta, 29, had 22 appearances with the Dodgers this season, posting a 4.18 ERA. He was designated for assignment by the Dodgers on Saturday to clear a roster spot for the return of right-hander Dustin May.

In five major league seasons, his first four with the San Francisco Giants, Moronta is 8-9 with a 2.88 ERA and one save in 158 relief appearances.