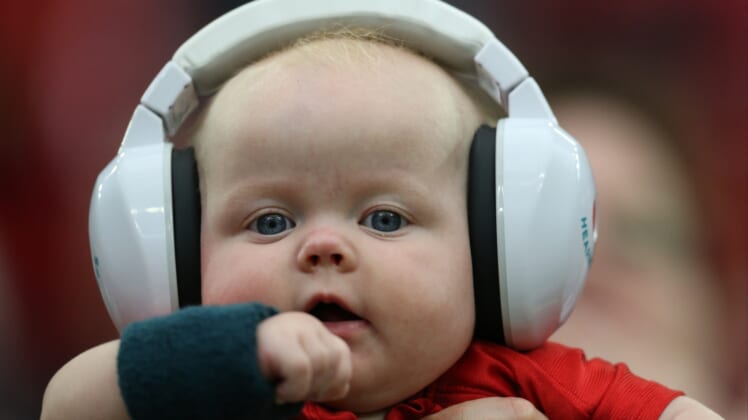 The only thing better than sports are babies. On Sunday, the Penn State Nittany Lions found an adorable way to put the two together. During halftime of the men’s basketball game, several babies took the court to compete in a very cute race with thousands cheering them on.

Several babies clearly caught the eye of the camera and while some were very comfortable just relaxing with their mom, one baby clearly has the mamba mentality and would stop at nothing to win.

The race wasn’t even close as the baby dressed in grey and white quickly crawled down the court and reached his father’s arm in seconds.

Perhaps Tom Izzo and the No. 6-ranked Michigan State Spartans saw the race and will be preparing a scholarship offer for the baby in the future. He clearly has speed, a great motor and isn’t afraid to shine on the biggest stage.