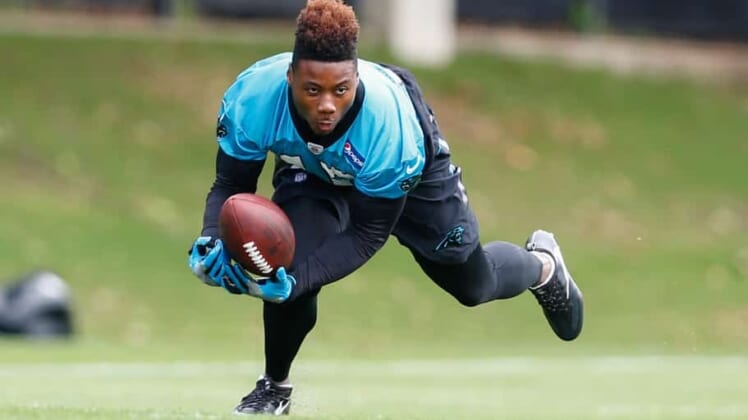 Carolina Panthers rookie receiver Curtis Samuel didn’t show up to training camp in a flashy ride. He took the humblest road possible instead, allowing his mom to drop him off at the team dorm on Tuesday.

Panthers rookie receiver Curtis Samuel getting dropped off at the dorm… By his mom. Good stuff.

She proudly watched her baby boy move into the next phase of his life.

While Samuel might get a bit of good-natured shade thrown his way by his new teammates, we absolutely love this move. There’s no shame in letting one’s mother participate in such a huge moment. In an era when many young players don’t know how to handle the fame and fortune that comes from their star status, it sure looks like Samuel is grounded at this time.

Samuel is expected to big things to help the offense grow in the coming years. He was a running back/receiver hybrid at Ohio State but is going to be almost exclusively a slot specialist for the Panthers. Both he and Christian McCaffrey (who blew the team away this offseason) have the potential to transform the offense in a huge way.