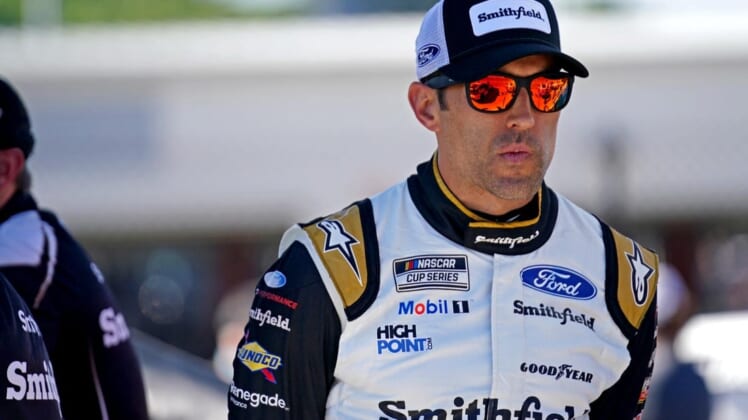 Veteran NASCAR driver Aric Almirola said Saturday that his plans for 2023 are uncertain, despite a report that said he will return to Stewart-Haas Racing next year.

Motorsport.com reported Friday that Almirola will put off retirement — he announced his plans to retire from the NASCAR Cup Series in January — and instead drive the No. 10 Ford.

“A lot of thinking, a lot of praying about it,” Almirola told reporters Saturday at Watkins Glen Internation in upstate New York. “That’s something that’s been very instrumental for me throughout my entire career and especially the last four or five years, I’ve (put) God first in a lot of the decisions … Sometimes, I have a bad habit of thinking that I know what’s best. But certainly have prayed a lot about it and continue to think about it and still don’t have a final decision.”

Almirola, 38, is a three-time winner in 412 starts in the NASCAR Cup Series and has won eight times across all three series. With two races left on the season, he must win either at Wakins Glen on Sunday or at Daytona International Speedway next Saturday to qualify for the playoffs.

This season, the 15-year veteran has two Top 5 and seven Top 10 finishes.

“I think for all the drivers that aren’t currently locked into the playoffs, you go to Daytona with a certain level of pressure that’s really high, feeling like that’s your last shot,” Almirola said. “And every single year, when we start the season, our goal is to win races, make the playoffs, go run for a championship. So Daytona’s the last opportunity to make the playoffs.”