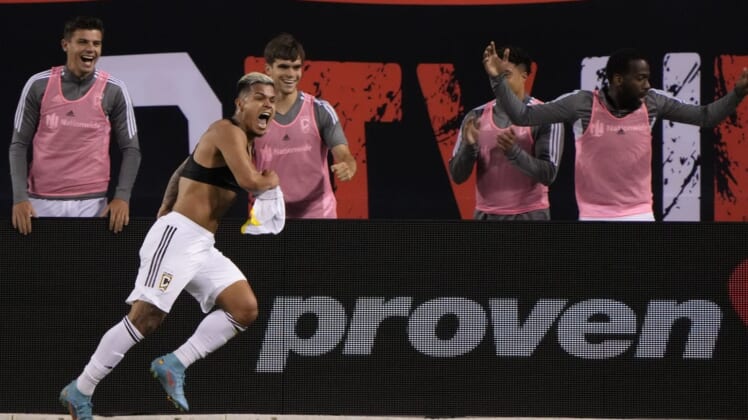 It would take a lot to move the spotlight off new Columbus forward Cucho Hernandez as the Crew try to extend a six-game unbeaten streak at D.C. United on Wednesday.

The former standout for Manchester United and the English national team officially was named the next coach of D.C. United (5-10-2, 17 points) on Tuesday. He will not be on the bench for the match against the Crew (6-5-7, 25 points) while his work visa is being finalized.

Rooney, who played for D.C. in 2018-19, will take over for interim coach Chad Ashton, who replaced Hernan Losada six games into the season.

The move comes after D.C. was routed 7-0 by the Philadelphia Union on Friday, equaling the largest margin of defeat in MLS history.

D.C. United must not only put that debacle behind them but contend with the revived Crew and Hernandez, who was obtained through the team’s richest transfer fee ($10 million).

In his MLS debut Saturday, the Colombian international and former Watford player scored the winner in the 83rd minute when the Crew rallied from a two-goal halftime deficit for a 3-2 victory at Chicago.

It was not a coincidence that he entered in the 62nd minute and Derrick Etienne Jr. scored twice over the next 13 minutes to make it 2-2.

“When you have a top striker, it gives your team confidence,” Crew coach Caleb Porter said of Hernandez. “I think you saw immediately, when he went into the game, the confidence grew with the players around him.”

Said Hernandez said through a club interpreter, “You can tell this is a united family and I’m very proud to be here.”

D.C. will be without defender Brad Smith, who tore the anterior cruciate ligament in his left knee vs. Philadelphia. He could be out up to nine months.