Cubs’ Wade Miley has something to prove vs. Reds 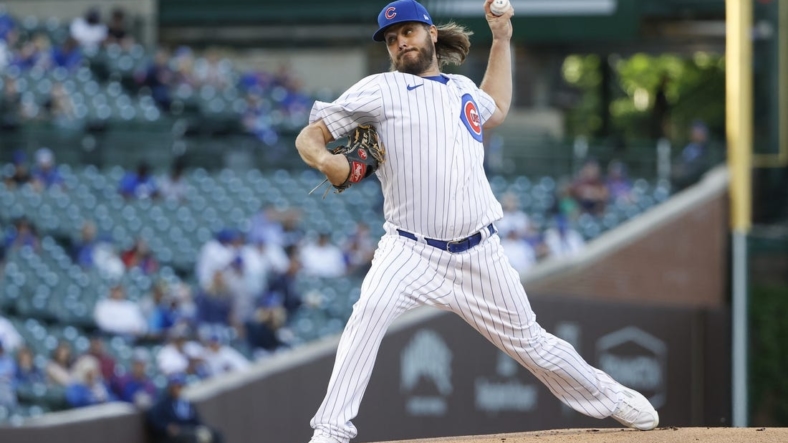 The Chicago Cubs have little to play for down the stretch, but Wade Miley has something to prove.

And he will get a chance to show it against his most recent former team.

Making his first big-league start in nearly three months, Miley will try to help the Cubs avoid a fourth consecutive loss on Tuesday night against the visiting Cincinnati Reds.

It’s been a frustrating first season in Chicago for the 35-year-old Miley (1-0, 2.84 ERA), who missed the first month-plus with an elbow issue. Then, after making his only four 2022 starts from May 10-June 10, the left-hander has dealt with a shoulder strain.

Finally ready to return to a big-league mound — and hoping to show he still can be successful — Miley is poised for a positive finish to a seemingly lost season.

“A lot of ups and downs, a lot of throwing and hoping things feel better,” Miley said. “Just a longer road than we hoped. Hopefully, we’re here now and can finish out the year strong.”

When he has pitched this year, Miley has been solid. He should also have some added incentive against the Reds, with whom he pitched the past two seasons. In 2021, Miley went 12-7 with a 3.37 ERA over 28 starts and tossed a no-hitter for Cincinnati.

While trying to help the Cubs bounce back after being swept in a three-game weekend set at St. Louis, Miley takes on a Reds’ club that’s 4-6 on this season series with its NL Central foe. Chicago has lost 11 of its past 15 games.

Cincinnati, though, just took two of three at home from Colorado and is 5-4 since losing four in a row from Aug. 22-25. Outfielder TJ Friedl has been a recent bright spot during another dismal Reds’ season, batting .404 with five homers and 12 RBIs in 17 games since he was recalled from Triple-A Louisville on Aug. 16.

“When I got called back up, I’ve always said since Day 1, I just want to help the team win, do whatever I can to make an impact,” Friedl said.

“This time around … wanted to be more aggressive and make the most of my opportunity up here.”

Justin Dunn (1-2, 4.63) will take the ball for Cincinnati, looking to continue his recent run of success. He allowed five runs on three homers to Patrick Wisdom, Yan Gomes and rookie Christopher Morel, plus four other hits and two walks, over just 3 2/3 innings of Cincinnati’s 8-5 home win over the Cubs on Aug. 14. Since then, the right-hander has yielded four runs and 10 hits — three homers — in 15 innings while going 1-1 in three starts.

One of Chicago’s biggest surprises during its own poor 2022, Morel is batting .378 with four doubles and three home runs and seven RBIs in nine games against the Reds this season. However, he’s just 5-for-32 with a home run and 12 strikeouts in his past 11 games entering this series.

Chicago has lost four of the past six at Wrigley Field, where it’s 28-38 this season.