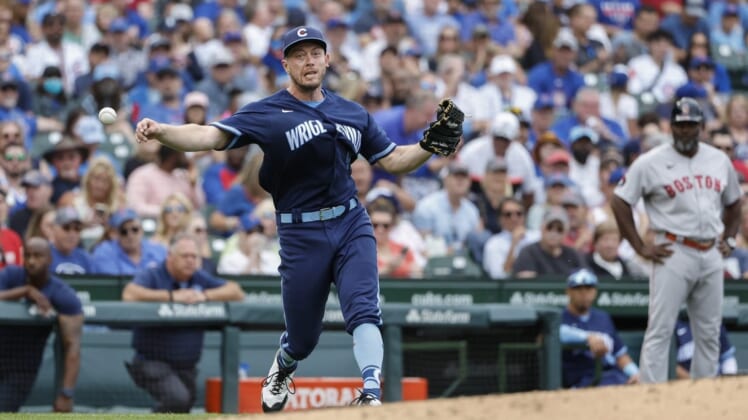 Down 4-0, the Cubs scored three times in the fifth. Then trailing 5-3 in the sixth, with two out and a man on, Morel (three RBIs) drove the ball into the left-field bleachers. Chicago then went ahead when Willson Contreras scored on Jake Diekman’s wild pitch with the bases loaded.

Boston’s Jarren Duran homered on the first pitch of the game and had two RBIs, while Jackie Bradley Jr. snapped an 0-for-26 slump with his three-run double in the second. However, the Red Sox, who went 20-6 in June, couldn’t maintain that early cushion thanks to an offense that went quiet and a season-high 10 walks allowed.

Chicago managed just a Happ first-inning double through the first four against 42-year-old Rich Hill. However, the ex-Cub opened the fifth with a walk to P.J. Higgins, who scored on Nelson Velazquez’s triple to center. The Cubs got within 4-2 via Morel’s RBI ground out later in the frame.

Hill, who appeared to injure his knee during the fifth, didn’t finish the inning after loading the bases with two out. Hill was charged with his third run — to go along with four walks and three hits — after reliever Tyler Danish issued a bases-loaded walk to Rafael Ortega.

Duran, though, added an RBI single in the sixth that was charged to Cubs starter Adrian Sampson, who yielded five runs — four earned — with eight hits in 5 1/3 innings.

Hansel Robles (1-3) took the loss for Boston, which, making its first trip to Wrigley Field since 2012, has lost three of four.