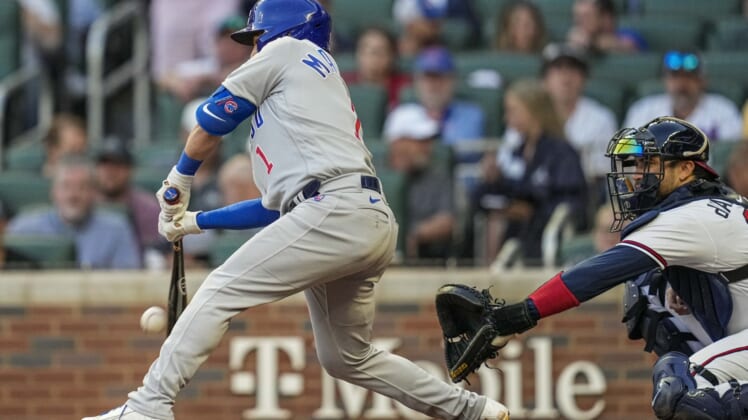 The Cubs greeted Atlanta reliever Tyler Matzek with an RBI double by Willson Contreras to open the inning and Wisdom followed by hitting a 3-2 pitch over the center field fence. It was Wisdom’s third homer.

The winning pitcher was David Robertson (1-0), who pitched 1 1/3 innings and struck out three. Rowan Wick pitched a scoreless 10th inning to earn his first save.

The Cubs scored a run in the second inning on Nick Madrigal’s infield grounder.

The Braves loaded the bases with two outs in the second against Mark Leiter Jr., but he got Ozzie Albies on a comebacker to the mound to end the threat.

Atlanta starter Charlie Morton was struck in the left ankle by Nico Hoerner’s sharp grounder to end the second. He returned to start the third but was not effective. The Cubs scored twice when Rafael Ortega and Seiya Suzuki hit back-to-back doubles and Suzuki scored after a wild pitch and Ian Happ’s sacrifice fly to left field.

Atlanta got its first run in the fifth when Matt Olson walked and scored on Travis d’Arnaud’s two-out single.

The Braves rallied to tie the game with two runs in the eighth inning against sidewinder Mychal Givens. Dansby Swanson swatted a two-run single into right field to make it 3-3. The Cubs brought in Robertson, who retired Albies on a routine grounder to second base to end the uprising.