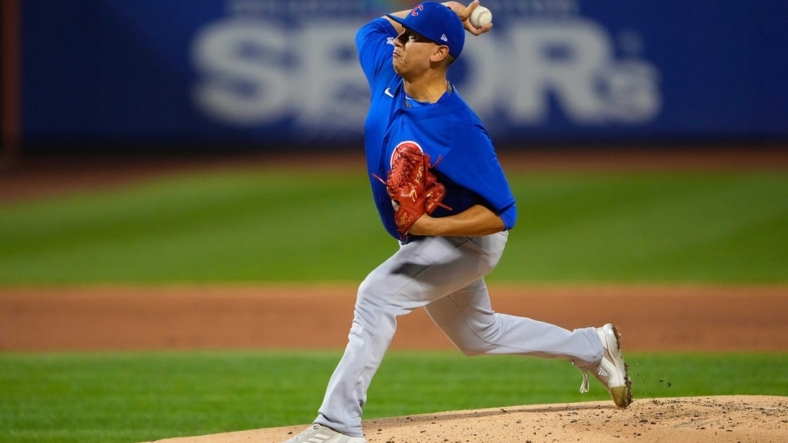 Evaluation season is clearly underway for both the Chicago Cubs and the visiting Colorado Rockies, who play the rubber match of a three-game series at Wrigley Field on Sunday afternoon.

With both teams far removed from playoff contention, familiar faces have been replaced by multiple newcomers, forcing fans to rely on their game programs more than usual.

The trend continues in the series finale.

Chicago right-hander Javier Assad (1-1, 2.53 ERA) is looking to build off his first career victory after allowing one run over six innings against the New York Mets last Monday.

“The key has been confidence, just really being on the mound, trusting my stuff, trusting what I have,” said Assad, who has yet to face the Rockies in his young career. “I think I’ve developed that confidence, and I think I feel comfortable on the mound, and I know I can execute my pitches.”

Colorado will counter with right-hander Ryan Feltner (2-8, 6.12), who has lost his last five decisions. He yielded four runs over 2 2/3 innings in a 12-6 setback to the Arizona Diamondbacks last Sunday.

Feltner, 26, remains optimistic despite allowing a total of eight runs in his first two starts this month across eight innings.

The Rockies ended Chicago’s four-game winning streak on Saturday after Charlie Blackmon hit a tiebreaking triple and scored in the ninth inning to secure a 3-1 victory.

Colorado outfielder Yonathan Daza doubled in the win and has hit safely in five straight games and eight of his last nine, batting .429 (15-for-35) this month.

The Cubs received a spark from rookie starting pitcher Hayden Wesneski, who allowed one run on three hits over seven innings in his first career start.

Wesneski joins a group of young players looking to make an impression over the final two weeks for the Cubs, who have had 16 players make their major league debut this season.

Infielder Zach McKinstry homered in the Cubs’ 2-1 victory on Friday and is 9-for-23 (.391) over his last five games with an at-bat.

“We have a bunch of younger guys,” Chicago starting pitcher Marcus Stroman said. “Especially guys who haven’t necessarily established themselves at the big league level but are going to be guys that will establish themselves and be everyday big leaguers, and be guys that have big years.”

Colorado is hoping to have infielder/outfielder Kris Bryant back before the end of the season. Bryant, who has been out since July 31 with plantar fasciitis in left foot, started running and hitting in the batting cage on Friday.

“The progress has been pretty good the last week or so,” Rockies manager Bud Black said.

The injury news is not as promising for Cubs shortstop Nico Hoerner (mild to moderate triceps strain), who had an MRI on Thursday and could miss the remainder of the season.

“He wants to get back,” Chicago manager David Ross said. “He’s pretty disappointed with the news and information, but I don’t think he has anything left to prove to us this year.”