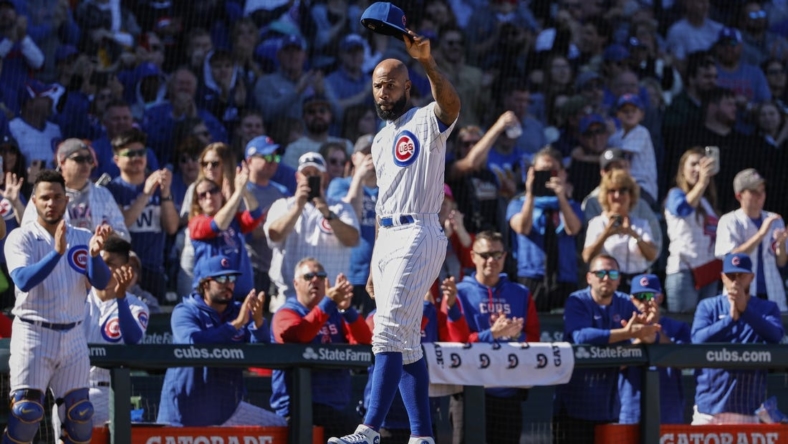 Jason Heyward is officially an unrestricted free agent after being granted his unconditional release by the Chicago Cubs on Monday.

The team announced the move, which includes resolving the remainder of Heyward’s contract. He was owed $22 million for the 2023 season as part of the eight-year, $184 million deal he signed in free agency. The Cubs won the World Series in his first season with the team in 2016.

Heyward, 33, hit .245 with 62 home runs in seven seasons with the Cubs while winning two Gold Gloves.

The outfielder battled a knee injury in 2022 and fell out of the everyday lineup.

Heyward last played in June. He finished the season with a .204 batting average, one home run and 10 RBIs in 48 games.

Team president of baseball operations Jed Hoyer said in August he had already discussed the move with Heyward, who understood the team was making an effort to shift playing time to younger outfielders.

“I’ve had a pretty open dialogue with him about this. Jason — he’s a fantastic human being. He doesn’t like it but he certainly understands where we are,” Hoyer said.