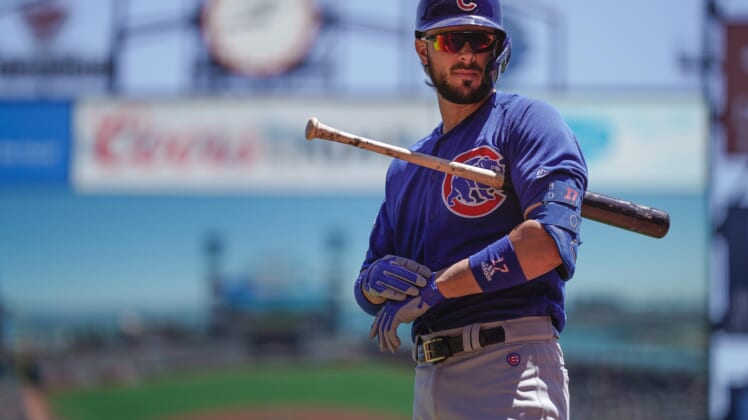 The Chicago Cubs head into the 2020 MLB season with mild expectations.

Sure they would like to compete for another World Series appearance after missing out on the playoffs for the first time in five years last season. That has to be the goal.

Even then, team president Theo Epstein has gotten to this point in his career being a realist. There’s a number of teams that are seemingly better equipped in the National League than his Cubs.

In talking about this from Spring Training, Epstein admitted that Chicago could very well have to go into firesale mode come July if the team is not a legit title contender.

“It puts us in a position in which we have to be very objective about what we have,” Epstein said, via Joel Sherman of the NY Post. “In the middle of this season, if we have a legit World Series contender, that is really meaningful. But if we don’t, you can’t be blind to the realities of the following 18 months.”

Despite losing a service-time grievance that would have made him a free agent next winter, former NL MVP Kris Bryant has been among those talked about in a potential trade heading into the season.

Chicago would want to avoid a situation similar to what we saw between the Boston Red Sox and Mookie Betts this past offseason before he was ultimately traded to the Los Angeles Dodgers.

Bryant would be among several high-priced Cubs veterans available ahead of July’s trade deadline if Epstein and the team’s brass comes to the conclusion that contending for a title is not in the cards.

It’s certainly something to watch as the 2020 season gets going.