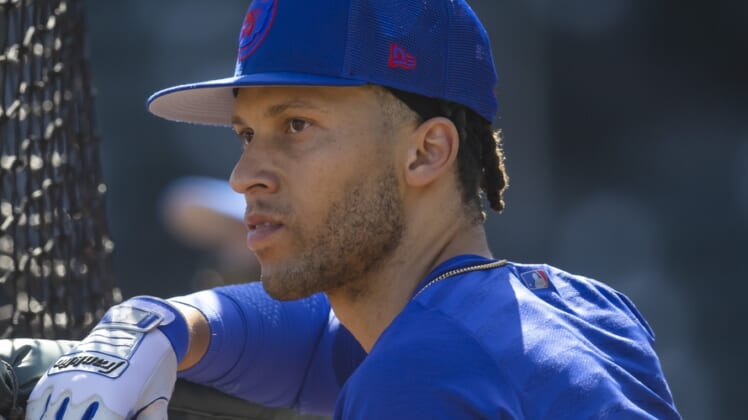 Simmons is dealing with right shoulder inflammation, Wiley missed the entire spring due to left elbow soreness and Mills is bothered by a low back strain. Each move was retroactive to Monday.

Simmons, 32, was signed as a free agent in the offseason to replace the departed Javier Baez as shortstop. The four-time Gold Glove winner has played in 1,191 career games over 10 previous seasons with the Atlanta Braves, Los Angeles Angels and Minnesota Twins and is a .265 hitter with 70 home runs and 437 RBIs.

The Cubs acquired Miley on Nov. 5 off waivers from the Cincinnati Reds, who declined to exercise his $10 million contract option. A recent MRI exam revealed inflammation, and he is looking at a potential return in mid-May.

Mills, 30, is 12-13 with a 4.60 ERA in 62 appearances (37 starts) during his four seasons with the Cubs. The former walk-on at UT Martin first reached the majors with the Kansas City Royals in 2016 and famously threw a no-hitter for Chicago against the Brewers in September 2020.