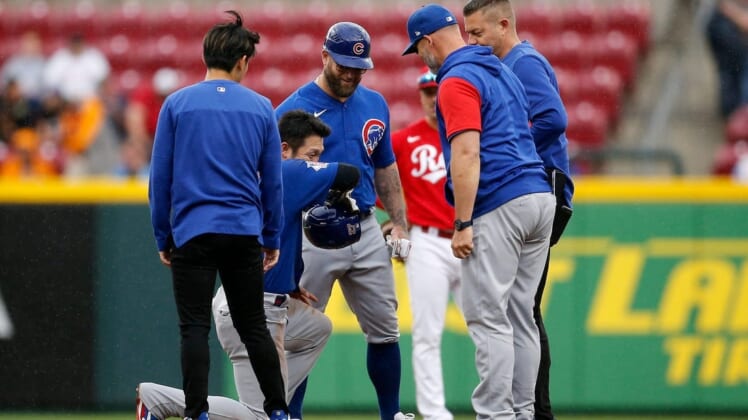 The Cubs made the move, retroactive to last Friday, prior to the second game of Monday’s doubleheader against the Milwaukee Brewers at Wrigley Field.

Suzuki, the Cubs’ regular right fielder, injured his finger in last Thursday’s road game against the Cincinnati Reds when he stole second base and jammed his left hand on the bag. He has four home runs and 21 RBIs with a .245 batting average in 41 games for Chicago.

Gsellman, who joined the Cubs as a non-roster invitee in spring training after six seasons with the New York Mets, was 0-2 with nine strikeouts and a 4.70 ERA in eight appearances (15 1/3 innings) with the Cubs. He pitched a scoreless ninth inning Monday in Chicago’s 7-6 Game 1 loss to the Brewers.

Hughes was 0-0 with nine strikeouts and a 2.57 ERA in five games (7 innings) in a stint with the Cubs earlier this month.