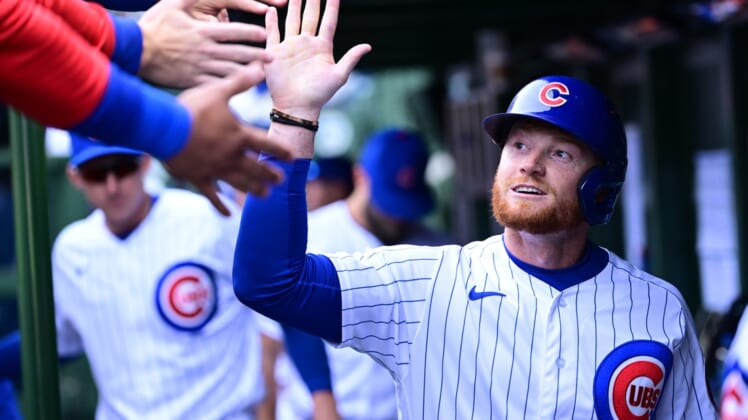 The Chicago Cubs placed outfielder Clint Frazier on the 10-day injured list after he had surgery for appendicitis.

The move was retroactive to Wednesday. The Cubs didn’t have a timeline for his return.

Frazier is in his first season with the Cubs after spending the previous five seasons with the New York Yankees. The 27-year-old is batting just .143 (3-for-21) in 10 games.

Chicago recalled infielder Alfonso Rivas from Triple-A Iowa to fill the roster opening. The 25-year-old Rivas was 7-for-13 (.538) with one home run, two doubles and four RBIs in three games at Iowa.

Rivas has played in 20 major league games with the Cubs, including two earlier this season. He is batting .333 with one homer and four RBIs in 48 career at-bats.