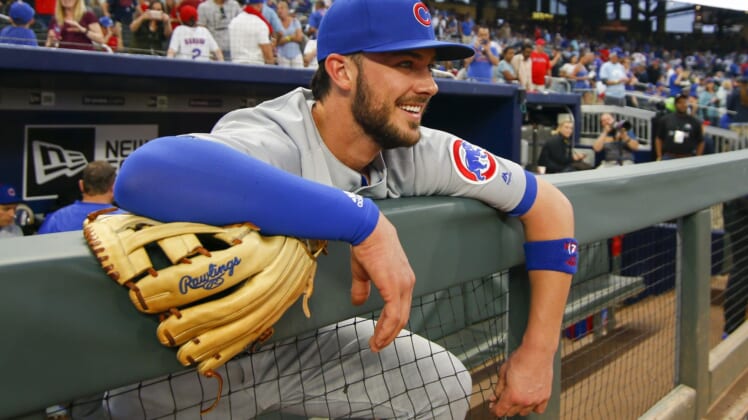 The Chicago Cubs will be without one of their best players for a while. On Tuesday, the club announced that it has placed third baseman Kris Bryant on the DL with left shoulder inflammation.

While the news isn’t unexpected, it’s not good. Bryant’s nine home runs are a bit light for what we’ve come to expect from him. Still, he’s hitting a respectable .280/.383/.481 and has been one of his team’s best offensive weapons throughout the 2018 season.

Chicago enters Tuesday’s game against the Los Angeles Dodgers on a five-game losing streak and 2.5 back of the Milwaukee Brewers for first place in the NL Central.

Tuesday’s lineup features regular second baseman Javier Baez playing third, Ben Zobrist playing second, and an outfield of Kyle Schwarber in left, Ian Happ in center, and Jason Heyward in right. The Cubs are one of the National League’s deeper teams. Additionally, many of their players have strong versatility on defense.

As such, Joe Maddon will have plenty of different ways to fill out the lineup in Bryant’s absence.