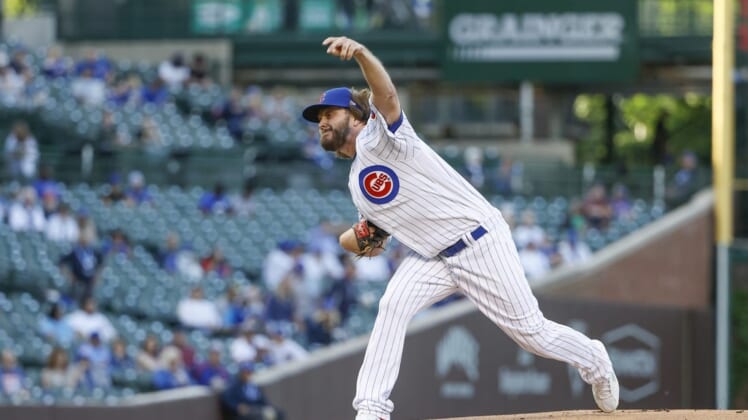 Miley came out for the fourth and threw a few warmup pitches. After catcher Willson Contreras came to check on the left-hander, manager David Ross and trainer PJ Mainville also checked on him and lifted him from the game.

Miley was activated off the injured list before Friday’s game after missing nearly three weeks with left shoulder soreness.

On Friday, he allowed three hits in three scoreless innings and threw 42 pitches.

Miley is 1-0 with a 2.84 ERA in four starts this season. He also missed the first month of the season due to left elbow inflammation before making his season debut May 10.