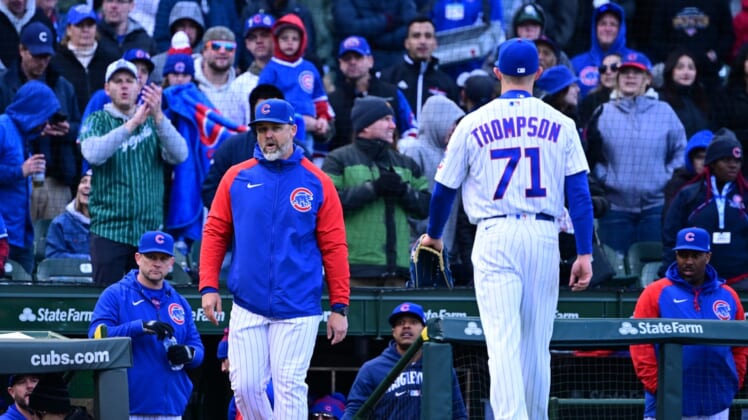 Chicago Cubs pitcher Keegan Thompson has been suspended for three games and fined an undisclosed amount for intentionally hitting the Milwaukee Brewers’ Andrew McCutchen with a pitch during the eighth inning of Saturday’s game at Wrigley Field.

Major League Baseball also announced Monday that Cubs manager David Ross has received a one-game suspension and an undisclosed fine due to Thompson’s pitch, which cleared the benches and resulted in his ejection. Ross will serve his suspension Tuesday when the Cubs play in Pittsburgh.

Unless it is appealed, Thompson’s suspension is scheduled to begin Tuesday. If an appeal is filed, the penalties will be postponed until the disciplinary process is complete.

The Cubs won Saturday’s game 9-0 as Thompson pitched 2 2/3 innings in relief, walking one and striking out four.