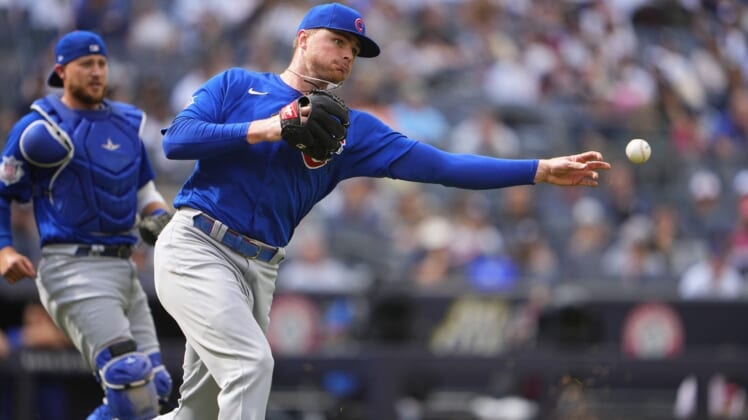 The Chicago Cubs assigned left-hander Sean Newcomb outright to Triple-A Iowa on Tuesday after he cleared waivers following the club’s move last week to designate him for assignment.

Newcomb has 48 hours to accept the assignment or become a free agent, although he would part with his current $900,000 salary for 2022 if he leaves the organization.

Newcomb, 29, had a 16.62 ERA in four outings with the Cubs, his first season in Chicago after he was acquired in a trade with the Atlanta Braves on April 21 for right-hander Jesse Chavez. He also had three outings with the Braves (7.20 ERA) before the trade.