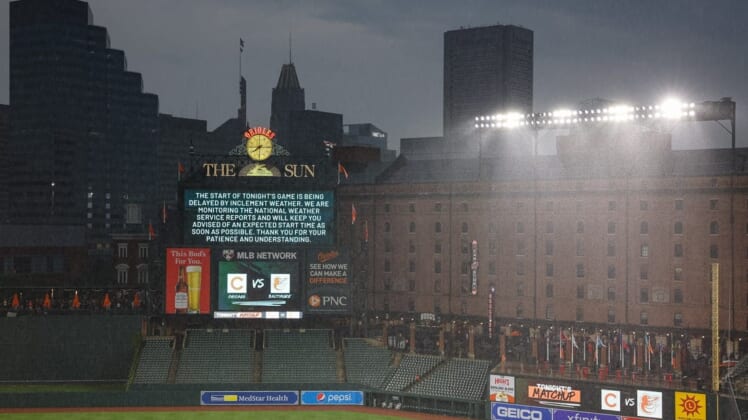 The scheduled Wednesday night game between the Chicago Cubs and the host Baltimore Orioles was rained out.

The teams will play a makeup game on Aug. 18, which had been scheduled to be an off day for both clubs.

The Orioles routed the Cubs 9-3 on Tuesday to open what was scheduled to be a two-game interleague series.

The Cubs, who have lost three in a row, now have a two-day break as they were already due to be off on Thursday. They begin a three-game road series against the New York Yankees on Friday.

The Orioles, who have won two of three, open a four-game road series against the Kansas City Royals on Thursday.