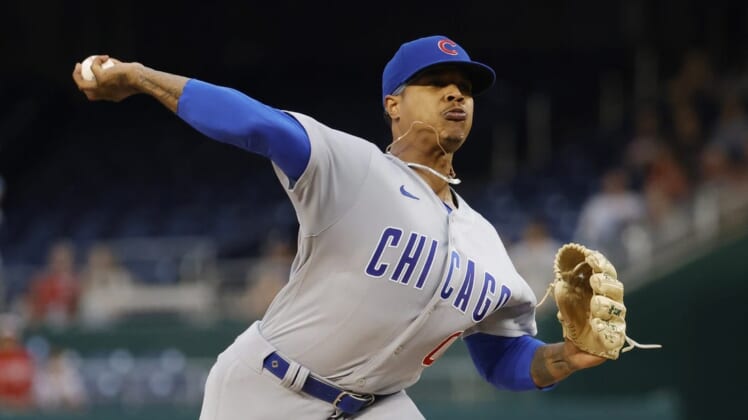 Marcus Stroman might be the last pitcher the Milwaukee Brewers want to face while trying to halt their extended struggles.

Looking to continue his success against the Brewers this season, Stroman will try to help the host Chicago Cubs earn their fifth consecutive victory on Saturday.

Milwaukee is fighting for a fifth straight postseason appearance but is mired in a 6-11 rut.

The Brewers entered the series opener at Chicago having scored just 18 runs over their previous seven games. They got homers from Andrew McCutchen, Rowdy Tellez and Hunter Renfroe on Friday yet still lost 8-7.

“I think that we’re just having a little bit of a hard moment right now,” said Milwaukee right-hander Freddy Peralta, the scheduled starter for Saturday. “We just need to play and have fun and try to win.”

The Brewers have lost three straight to the Cubs and five of the past six meetings, disappointing considering Chicago’s lowly standing.

Stroman (3-5, 3.96 ERA) is 1-0 with a 0.75 ERA over two starts vs. Milwaukee this season. He allowed only a solo homer to Willy Adames and three other hits while walking four and striking out eight over 12 innings in those contests.

Brewers batters are hitting .108 this season against Stroman. He allowed two runs over 20 1/3 innings while going 1-0 in four July starts, but he has yielded 11 runs (seven earned) over 16 1/3 innings through three outings this month.

Four of those runs came in a fifth inning Stroman did not finish during the Cubs’ 5-4 loss to the host Washington Nationals on Monday. However, none of the runs were earned as his teammates played some shoddy defense during that inning.

“I felt strong,” Stroman said. “It’s just one of those days where things kind of play out weirdly.”

For his career, Stroman is 2-1 with a 2.36 ERA in four starts against Milwaukee.

While rookie Christopher Morel and Patrick Wisdom each belted a two-run homer on Friday, Chicago’s most recent acquisition, Franmil Reyes, continues to shine. The Cubs claimed him off waivers from the Cleveland Guardians earlier this month.

After hitting a run-scoring triple in the series opener against Milwaukee, Reyes is batting .368 with seven extra-base hits and six RBIs for his new club. He has hit safely in all nine games he has played for the Cubs, who have won 10 of their past 14 games.

Peralta squared off against Stroman at Wrigley Field on April 10 and allowed a three-run homer to Seiya Suzuki in the first inning. He then pitched three scoreless frames, winding up with three hits and four walks while striking out six during Milwaukee’s 5-4 win.

Peralta is set to make his fourth start after missing more than two months due to a lat strain. He has not completed more than five innings in any of the recent outings, but despite walking four against the Los Angeles Dodgers on Monday, Peralta yielded just a solo homer and one other hit over four innings in a 4-0 loss.

Adames is 6-for-11 with two home runs vs. Stroman.

McCutchen has homered three times in Milwaukee’s past two contests.