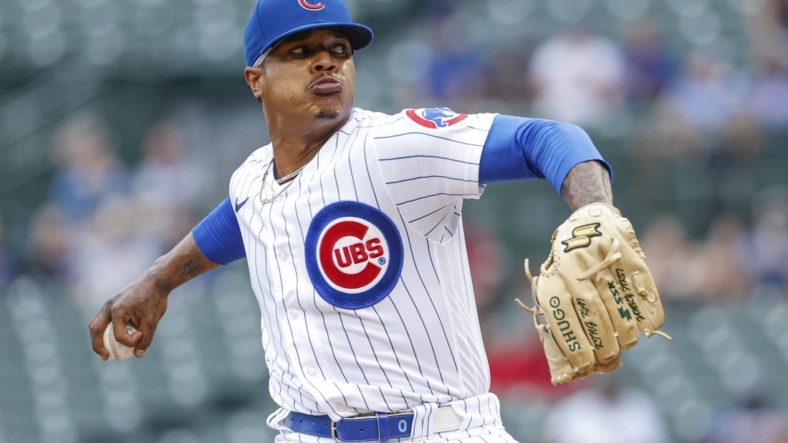 If Marcus Stroman is to finally record his first home win with the Chicago Cubs, he’ll need to pitch better than his last outing against the Colorado Rockies.

The right-hander again aims for that elusive home victory while trying to help the Cubs (61-82) to a fourth consecutive win on Friday against the Rockies (62-81).

It’s been an interesting first season in Chicago for Stroman (3-7, 3.91 ERA). He’s had his positive moments, especially while going 3-2 with a 1.84 ERA in 12 road starts. However, he’s 0-5 with a 7.11 ERA in nine starts at Wrigley Field. Stroman has allowed nine runs and 18 hits over nine innings while losing his last two in Chicago.

All four runs Stroman yielded Saturday against visiting San Francisco came during the second of four innings he lasted in Chicago’s 5-2 defeat. Meanwhile, Stroman’s worst road start of 2022 came on April 15, when he allowed five runs in his fourth and final inning of a 6-5 loss at Colorado.

Chicago is 30-42 at home, where it has lost seven of 11. However, the Cubs just outscored the NL East-leading Mets 15-6 while sweeping a three-game set at New York.

“The guys come in every single day, play hard,” Chicago manager David Ross said. “They want to work. They root for each other.”

Nico Hoerner, 10-for-20 in his last six games, has been one of the Cubs’ bright spots, but it’s uncertain if he’s available after missing the Mets’ series with biceps tightness. Meanwhile, Chicago All-Star Willson Contreras (ankle) hasn’t played since Aug. 30.

Teammate Seiya Suzuki is batting .338 with three homers and six RBIs in his last 17 games, but he was hit with a pitch on the hand during Wednesday’s 6-3 win at New York. Suzuki, who stayed in the game, went 4-for-10 with a homer while Chicago split a four-game set at Colorado in April.

The Rockies head north to Wrigley after splitting a two-game set with the Chicago White Sox. Yonathan Daza had two hits with an RBI and Kyle McFarland pitched 6 2/3 innings as Colorado bested Chicago ace Dylan Cease for a 3-0 victory on Wednesday.

Colorado has won five of seven overall but now tries to win consecutive road games for just the sixth time this season.

“I feel like we keep doing great,” said Daza, batting .393 with seven RBIs in his last 18 games. “I feel like (we’re) playing better outside Coors Field, that’s a good sign for us.”

Colorado’s Alan Trejo is 8-for-21 with six RBIs in his last six games, and he clubbed a three-run home off Stroman in April. Former Cubs star Kris Bryant also had a hit against Stroman in that contest but is not expected to play due to plantar fasciitis that’s kept him out since July 31.

Scheduled Colorado starter German Marquez (8-10, 5.25) was rocked for a season-high nine runs in four innings against visiting Arizona last Friday. However, the right-hander is 3-1 with a 2.45 ERA in his last five road starts.

Marquez is 1-2 with a 7.64 ERA in seven career starts against the Cubs, who tagged him for four runs and 10 hits through 4 1/3 innings while opposing Stroman in April. Chicago’s David Bote is 4-for-8 with two career homers versus Marquez.