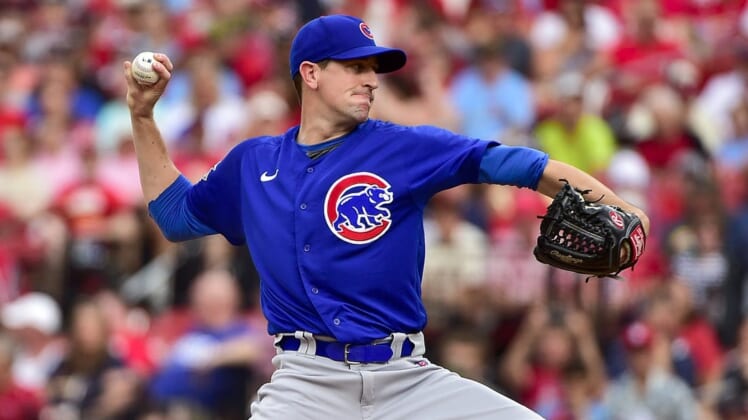 Kyle Hendricks continued his domination of the St. Louis Cardinals by throwing 7 1/3 shutout innings to lead the visiting Chicago Cubs to a 3-0 victory Friday.

Hendricks (3-6) entered the game with a 12-3 record with 2.82 ERA in 24 career outings against the Cardinals. This time he held them to five hits and a walk as the Cubs won for just the fourth time since June 4.

Reliever Chris Martin got Hendricks out of an eighth inning jam by stranding two runners in scoring position. David Robertson closed out the ninth inning to earn his ninth save.

Nico Hoerner hit a two-run homer to produce all the offense the Cubs needed.

Losing pitcher Andre Pallante (2-3) allowed three runs on seven hits and three walks in six innings as the Cardinals lost for the sixth time in their last nine games.

The Cubs took a 2-0 lead in the second inning when Hoerner followed Patrick Wisdom’s single with his two-run homer.

Chicago threatened again in the third inning when Christopher Morel hit a one-out single and Willson Contreras walked. But Ian Happ grounded into a double play to end the inning.

The Cubs expanded their lead to 3-0 in the fifth inning. Morel walked with one out, Contreras hit a single and Happ lined an RBI double.

The Cardinals got the potential tying run to the plate in the eighth inning. Dylan Carlson hit a leadoff single and moved to third on Harrison Bader’s double.

Hendricks struck out pinch-hitter Lars Nootbaar, then Martin came on in relief and retired Edman on a comeback grounder and Nolan Gorman on a lineout.