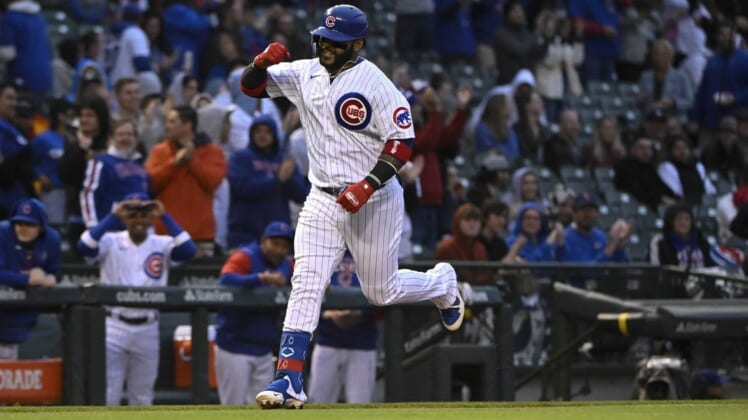 The Chicago Cubs placed infielder Jonathan Villar on the 10-day injured list Monday after he sustained a mouth injury while working out.

According to the Cubs, Villar needs significant dental work after an exercise band snapped back and hit him in the mouth.

The move is retroactive to Friday.

Villar was placed on the IL prior to Monday’s doubleheader against the Milwaukee Brewers.

Velazquez, 23, made his big league debut by starting in right field. He singled in the second inning in his first at-bat.

Right-hander Anderson Espinoza also was recalled to serve as the 27th man for the doubleheader. Right-hander Ethan Roberts (shoulder) was transferred to the 60-day IL to open up a 40-man roster spot for the 24-year-old Espinoza.