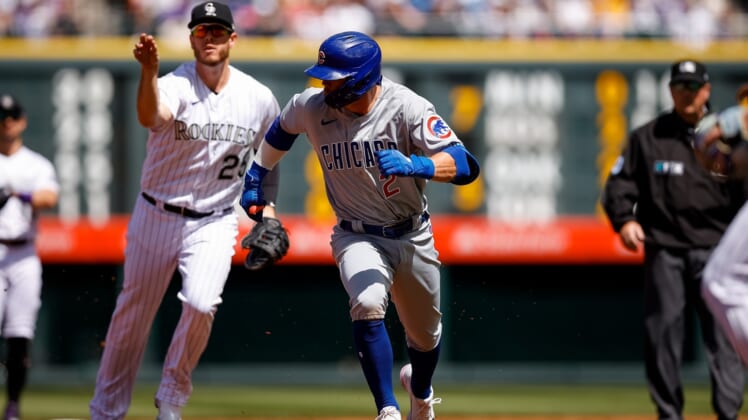 Nico Hoerner and Yan Gomes had two hits each, Rowan Wick (1-0) tossed an inning of scoreless relief and David Robertson got the final three outs for his third save for Chicago.

The Cubs got to Colorado starter Austin Gomber (0-1) when Contreras homered in the first to make it 1-0. It was his second of the season.

Chicago added to its lead in the second. With two outs Patrick Wisdom doubled, Michael Hermosillo walked and Hoerner drove in both runners with a double to the corner in right field to make it 3-0.

The Cubs struck again in the third when Madrigal doubled with one out and scored on Frank Schwindel’s two-out single. They got another run in the fifth when Madrigal led off with a single, Contreras reached on a fielder’s choice and Suzuki was intentionally walked to load the bases.

Ashton Goudeau relieved Gomber and gave up an RBI single to Gomes before ending the rally.

Chicago starter Drew Smyly left in the fifth after Daza’s two-out single put runners on first and second. Scott Effross came on, who got Joe to ground out to end the inning.

Smyly gave up four hits, walked one and struck out four in 4 2/3 innings.

Effross left after giving up an RBI single to Elias Diaz in the sixth, and McMahon followed with a homer off Michael Rucker to make it 5-3.
Suzuki answered with a homer for the Cubs, and Kris Bryant’s bases-loaded sacrifice fly in the seventh made it a two-run game again.

Colorado threatened to make it a big inning by reloading the bases with one out. Mychal Givens struck out Diaz on a full-count pitch and then got McMahon to ground out to second to end the threat.