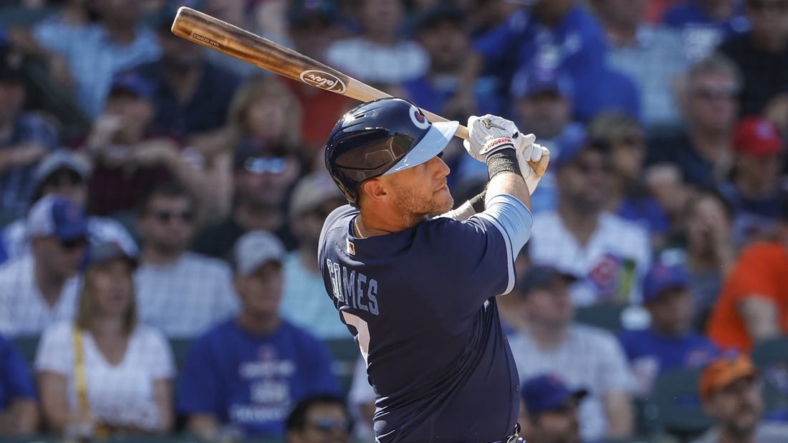 The Cubs (58-80) did just enough against Carlos Rodon (12-8), who fanned 11 over 5 1/3 innings to become the first Giant with 10 games of at least 10 strikeouts in one season. Rodon yielded Gomes’ two-run blast in the second and just two other hits.

Smyly (6-8) was slightly better, giving up only David Villar’s double in the second inning. The left-hander also walked two and struck out eight, before exiting with a 4-0 lead after Austin Dean reached on an error with nobody out in the eighth.

Smyly’s unearned run came when Manny Rodriguez allowed a two-run, ground-rule double to San Francisco’s Evan Longoria in the eighth. However, Brandon Hughes struck out Thairo Estrada to strand runners on second and third. Hughes worked over Dean’s two-out single in the ninth to earn his fourth save and help Chicago win for just the sixth time in 19 games.

Rodon fanned two of the first three batters his faced before Hoerner led off the second with a single and stole second. Gomes followed with a drive into the left-field bleachers for the early Chicago lead.

Yunior Marte replaced Rodon with one out in the sixth and issued a walk to Franmil Reyes. Hoerner then lined the ball over the left-center-field ivy to extend the Cubs’ lead.

The teams combined to strike out 24 times on Friday. Hoerner was the only player on either team with two hits.