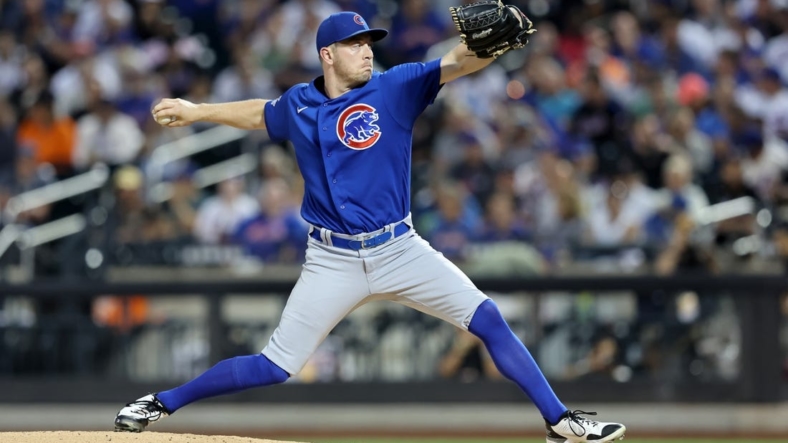 It was the Cubs’ second win in as many nights over the Mets (89-54), who entered Tuesday 1 1/2 games ahead of the Braves in the National League East. The Braves played the Giants later Tuesday night.

deGrom (5-2) allowed three runs on four hits and no walks while striking out 10 in six innings. It was the third time he’s struck out at least 10 in eight starts this season and the 56th double-digit strikeout effort of his career.

Ian Happ homered in the second off deGrom for the Cubs (60-82), who used small ball to produce two more runs against the Mets ace in the fourth, when Franmil Reyes and Happ singled and eventually scored on a sacrifice fly by Yan Gomes and a safety squeeze by Patrick Wisdom, respectively.

David Bote added a solo homer in the seventh for Chicago.

The Mets missed their best chance to score against Sampson in the first. Brandon Nimmo drew a leadoff walk and Francisco Lindor flew out before Nimmo was erased when he was hit in the foot by Jeff McNeil’s grounder in between first and second.

Alonso then hit a towering fly ball to left field that landed centimeters to the left of the foul pole. Alonso, who completed his home run trot while manager Buck Showalter trotted on to the field to request a review, drew a walk on the next pitch and spiked his bat, leading to a brief verbal exchange with Sampson. The Cubs right-hander escaped the jam by getting Daniel Vogelbach to hit a comebacker.

The Mets got just one more runner into scoring position before Alonso’s blast in the ninth.

Jeff McNeil had two hits for the Mets.