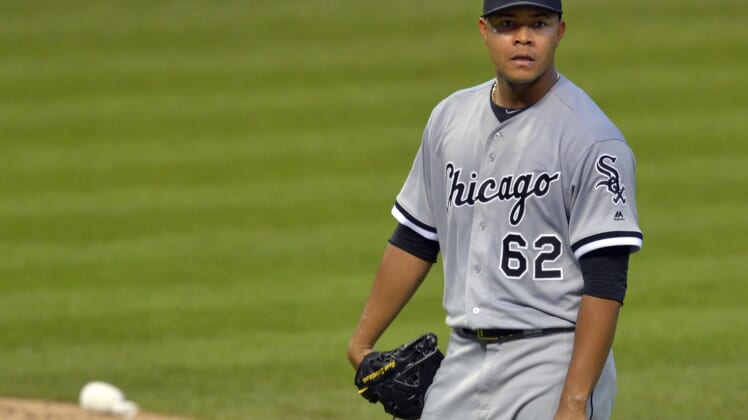 The two Chicago MLB teams made a blockbuster trade earlier on Thursday, one day before the unofficial second half of the season gets going.

The Chicago White Sox announced on Twitter that they have dealt ace starting pitcher Jose Quintana to the defending champion Chicago Cubs in exchange for four prospects.

While Quintana has been on the block for some time, no one really expected the Cubs to get into a bidding war for his services. In fact, the team’s brass has downplayed the idea that it needed to upgrade via the trade market after a mediocre first half of the season.

Quintana, 28, has pitched to a 4-8 record with a 4.49 ERA and 1.32 WHIP on the season. It’s definitely been a substandard performance for the former All-Star starter. Though, a change of scenery to Wrigley could very well do him some good.

He now joins a rotation that includes fellow All-Stars Jon Lester and Jake Arrieta for a Cubs team that enters the second half two games under .500.

As it relates to the White Sox, they received a nice little haul for the veteran. It includes Cubs No. 1 prospect, outfielder Eloy Jimenez as well as the team’s No. 2 prospect, starting pitcher Dylan Cease. The White Sox are in full-scale rebuild mode, so adding these two top-end young talents is most definitely not a bad thing.

This might have been a high price for the Cubs to pay, but they definitely felt like they needed an upgrade in the rotation. Quintana provides that.