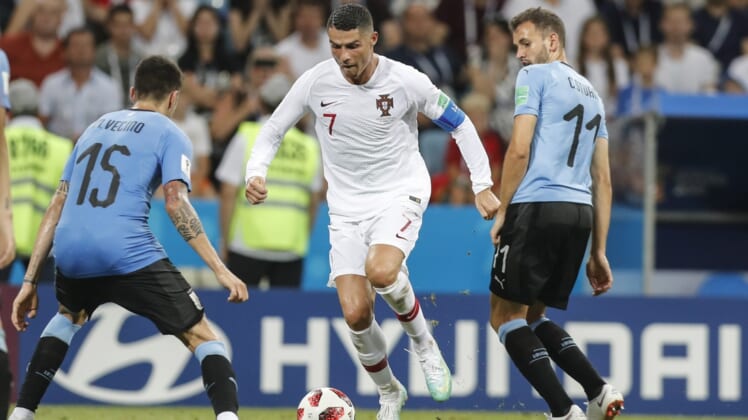 FIFA does not keep an official record for most goals in a career, and observers differ on what the mark is. But Manchester United forward Cristiano Ronaldo didn’t let any of that stop him, as he scored three goals for a hat trick in a 3-2 win over Tottenham in Premier League action Saturday, giving the 37-year-old native of Portugal 807 goals.

Depending on who you believe, Ronaldo’s second goal, his 806th, moved him past Josef Bican (805), giving Ronaldo the all-time record for professional goals scored. Bican played from 1931-55, playing most of his career for Slava Prague in Czechoslovakia.

Others (in particular, the Czech FA) say that Bican scored 821 goals during his career, while some say Ronaldo had already earned the record, as Bican had only actually scored 759.

Regardless, Ronaldo’s three-goal performance gave him 807 goals and 59 hat tricks in a remarkable career.

Teammate Paul Pogba reflected on Ronaldo’s big day, saying, “”He has never been a problem. You have the best striker in history in our team, it cannot be a problem. Today he showed why he is Cristiano Ronaldo. The performance from him and all the team was very brilliant.”

The Portugal native, 37, has won seven league titles during his career and owns the record for most goals scored in Champions League play (140).

He was 18 in 2003 when he first signed with Man U, where he won three consecutive Premier League titles and the prestigious Ballon d’Or in 2007 before moving on to other teams and pursuits.

Ronaldo has won a second-best five Ballon d’Or awards in his career. He returned to Manchester United in 2021.