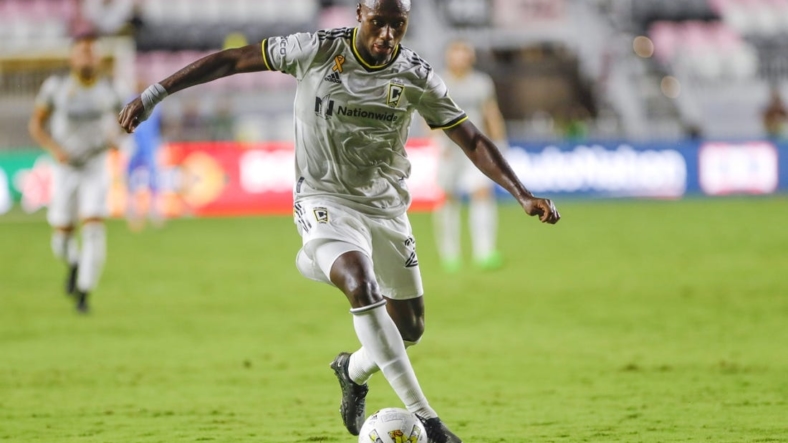 Because Portland has been able to accomplish something the Crew have failed to do, the Timbers have some breathing room in the postseason chase when the teams meet Sunday afternoon in Columbus, Ohio.

The Timbers (11-8-12, 45 points) have won four in a row to climb to sixth place in the Western Conference, five points above the playoff line prior to Saturday’s MLS action.

“If we win our games, we’re going to qualify. That’s the mentality,” Timbers coach Giovanni Savarese said. “Then if other teams do things to help us, excellent. But first, we have to help ourselves and that’s by winning games; each three points puts us closer to qualifying.”

Jaroslaw Niezgoda leads Portland with nine goals this season, although he hasn’t found the back of the net since July 30.

Although the Crew (9-7-14, 41 points) have two losses in the past 18 games (6-2-10), they have an MLS-high 14 draws on the season. Columbus and the San Jose Earthquakes are the only teams in the league that have yet to win consecutive MLS matches this season.

It’s been that kind of season for the Crew. The latest hiccup was Tuesday when host Inter Miami scored the go-ahead goal in the 82nd minute for 2-1 victory. That followed CF Montreal scoring in the 89th and 94th minutes for a 2-2 tie on Sept. 9.

“We’re going to find out in the next four games, really, what our season’s like, what it’s about, who’s going to push us into the playoffs and who wants to be here.”

The Crew will be without defender and captain Jonathan Mensah after he sustained a thigh injury against Miami.