Crew aching for a goal against second-place Orlando City 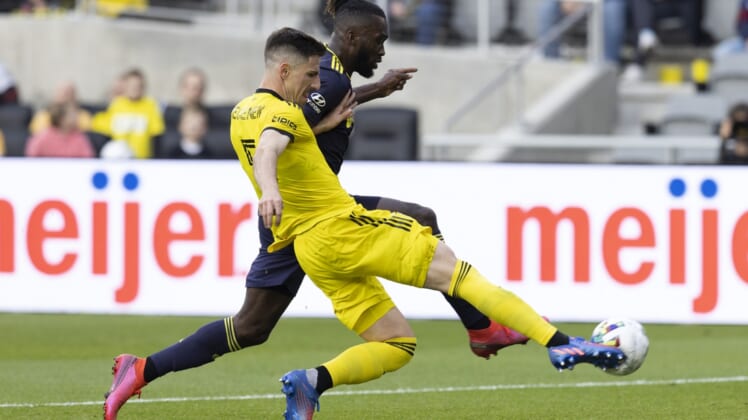 Orlando City will head to Ohio looking to take advantage of the struggling Columbus Crew on Saturday.

A 1-0 victory over the Chicago Fire on last Saturday lifted Orlando City (3-2-2, 11 points) into second place in the Eastern Conference, five points behind the Philadelphia Union.

The goal was by Austrian forward Ercan Kara, the first of the designated player’s MLS career after being held scoreless in six matches.

It was a relief to Orlando coach Oscar Pareja.

“The forwards depend on goals, and it was very important that Ercan was able to score his first goal with the club,” Pareja said. “It should give him more boost in confidence and we hope that can be the start of a scoring streak, so we can count on his presence on the final third.”

The Crew (2-2-2, 8 points) would take a goal from anybody at this stage. After tallying four goals in the season opener, the defending champions have watched their production decline from three goals, to two and then to one in three March games. Now they are coming off consecutive 1-0 defeats.

Crew coach Caleb Porter wants his forwards to be more ruthless and physical.

“We do need to have some training sessions where guys are getting bloodied a little bit and we’re battling a little bit more,” he said. “I think that will potentially help us in moments. The accountability needs to be there.

“The attackers need to be a little more disappointed because they’ve got to find goals for us. Otherwise, we’re going to be falling short here and I’m going to be losing my job.”

Columbus hasn’t gone three straight MLS matches without scoring since a stretch in June and July of 2019 that included a 2-0 home loss to Orlando City.