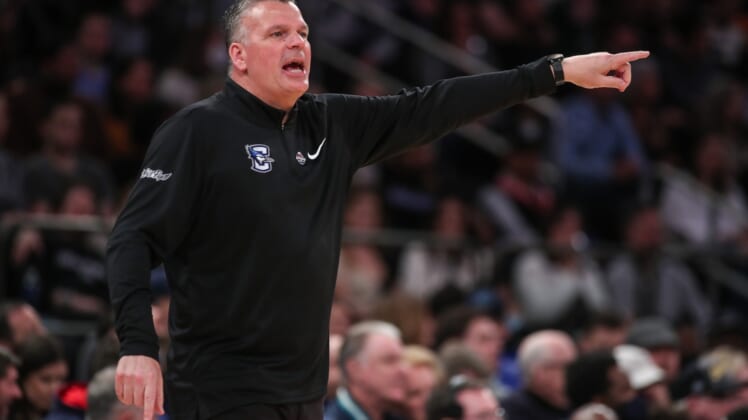 The Bluejays went 23-12 this season. In the NCAA Tournament, ninth-seeded Creighton rallied to beat eighth-seeded San Diego State in overtime before losing to Kansas in the second round.

“Greg McDermott is an excellent basketball coach who has led our men’s basketball program to great successes since his arrival in Omaha over a decade ago,” athletic director Marcus Blossom said in the news release. “His teams play hard for each other, are well-prepared, and they form a great community. It’s a culture that not only generates wins on the court, but resonates within Creighton and Omaha.

“We have become one of the best programs in the Big East, a regular participant in the NCAA Tournament and I believe the best is yet to come. This contract represents a commitment of mine to retain and recruit talent, and to win championships. We are confident, under Greg’s leadership, that we will achieve our goals.”

McDermott, 57, is 276-137 in 12 seasons at Creighton and has reached the NCAA Tournament seven times.

“My family and I have called Omaha home the last 12 years,” McDermott said in the release. “During that time, we have been fortunate to have created many wonderful memories and countless lifelong friendships. My long tenure at Creighton is a result of the hard work of the young men I have been blessed to coach, and the dedicated assistant coaches and staff that have worked by my side during that time. …

“While I am proud of the accomplishments of the past, I couldn’t be more excited to continue the upward trajectory of our program, in front of the absolute best fans in the country.”

Overall, McDermott has a 425-268 record in 21 seasons. He also coached Northern Iowa for five seasons and Iowa State for four before taking over at Creighton for the 2010-11 season.