Creighton-Georgetown game postponed due to COVID 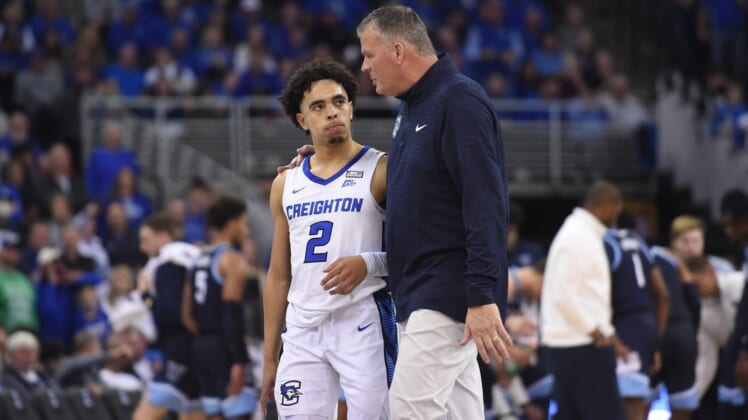 Creighton’s home game against Georgetown, scheduled for Tuesday, has been postponed because of COVID-19 issues with the Hoyas.

The Big East will attempt to reschedule the game.

Georgetown (6-5) was set to open its Big East season earlier this week at Providence, but that game also was postponed. The Hoyas now are scheduled to return to play on Jan. 1 with a home game against St. John’s.

Creighton (9-3) also saw its conference game against DePaul postponed earlier this week. The Bluejays are scheduled to play next on New Year’s Day at Marquette.

On Wednesday, the Big East joined several other conferences in modifying its COVID-related policies. While the conference’s previous policy said men’s and women’s basketball games would be forfeited if a team didn’t have enough players, the Big East changed the regulation in light of the signficant increase in COVID-19 cases attributed to the omicron variant.

Now, a game will be postponed rather than forfeited if a team has fewer than seven scholarship players and one coach. In the event the game cannot be rescheduled. it will be designated as a no contest.